Hi Y’all!
Remember me? I know, I know, I’m the worst blogger in the world! Apologies for the lack of updates these last few weeks – better late than never, right?
In my last blog post Ryan and I were on our way back to Queenstown after visiting the very South of New Zealand.

Our time back in Queenstown was spent wandering the Queenstown Gardens and fudge tasting at a small sweet shop! 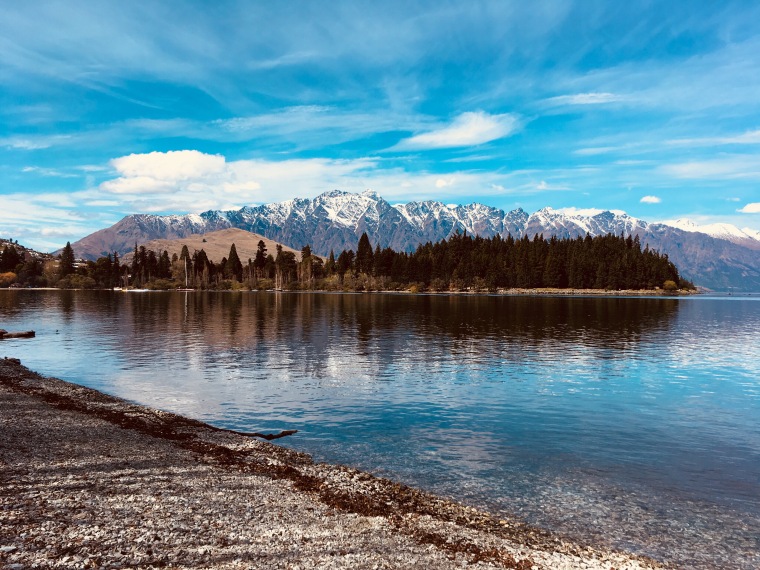 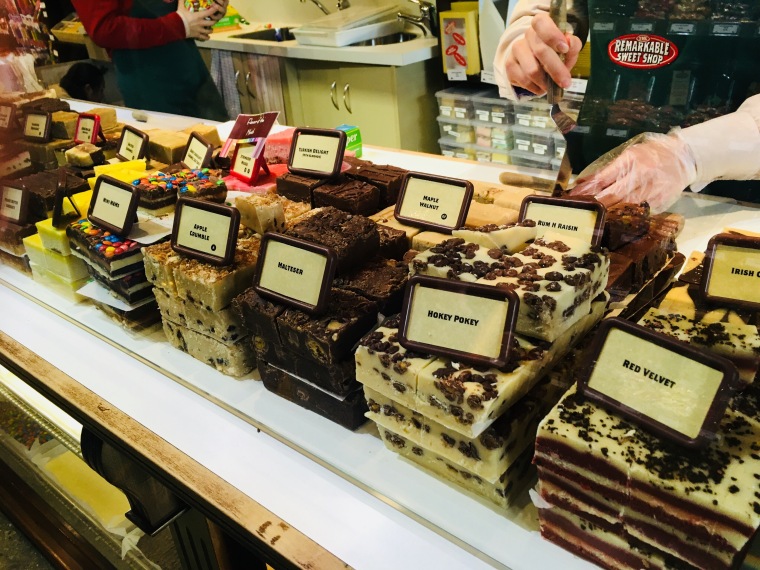 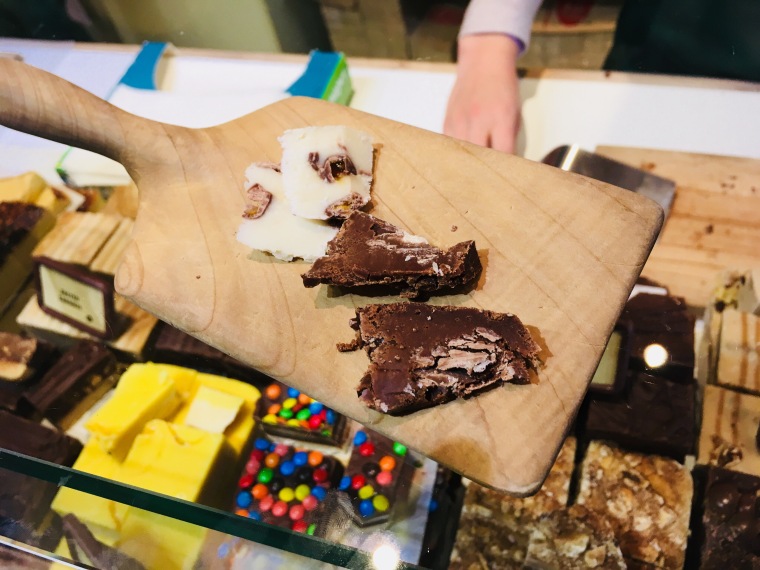 We made our way from Queenstown to Christchurch stopping at Lake Tekapo along the way.
Christchurch is the largest city on the South Island of New Zealand however, due to the earthquake that hit in 2011, there were lots of buildings under repair and building work going on almost everywhere.
The 2011 earthquake tragically killed 185 people and on the first anniversary a local artist arranged 185 empty white chairs in a demolished site in the town centre.

The chairs were only supposed to be up for 1 week but have since become an unofficial memorial for the 185 people who lost their lives that day.

We visited the memorial and it was strange to see all the different chairs, from a stool to an armchair, and a baby seat to a wheelchair. Representing each and every individual that sadly died as a result of the earthquake. As well as the chairs there is also information on the earthquake itself along with the names and ages of the victims. 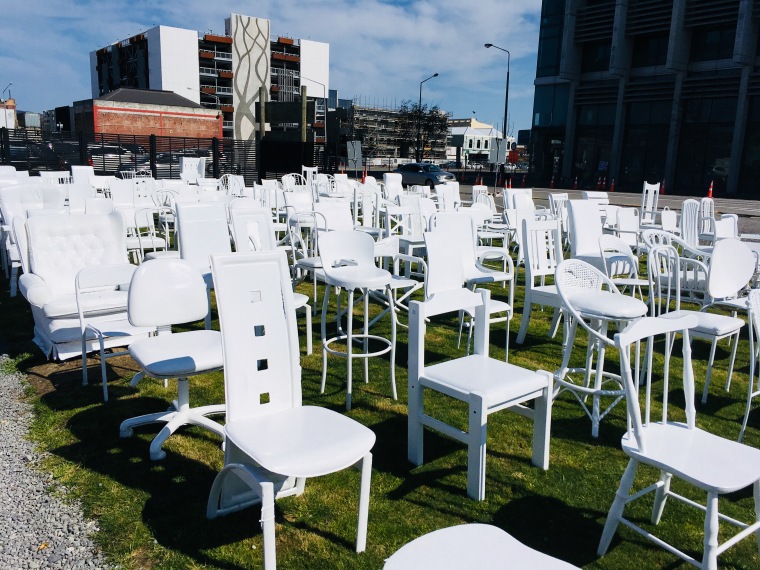 The rest of our time in Christchurch was spent wandering the Hagley Park and Botanic gardens and taking in the city.

We took a look at the ruined cathedral and even found a meter which gave you ideas of free things to do around the city!

I thought it was a great idea for teenagers who were bored within the area!
We took a short stroll to the Sound Garden were musical instruments were made from rubbish found locally. The sounds the instruments made were not exactly harmonious but it was still nice to see waste being reused to entertain the youths (or Ryan and I at this point!) 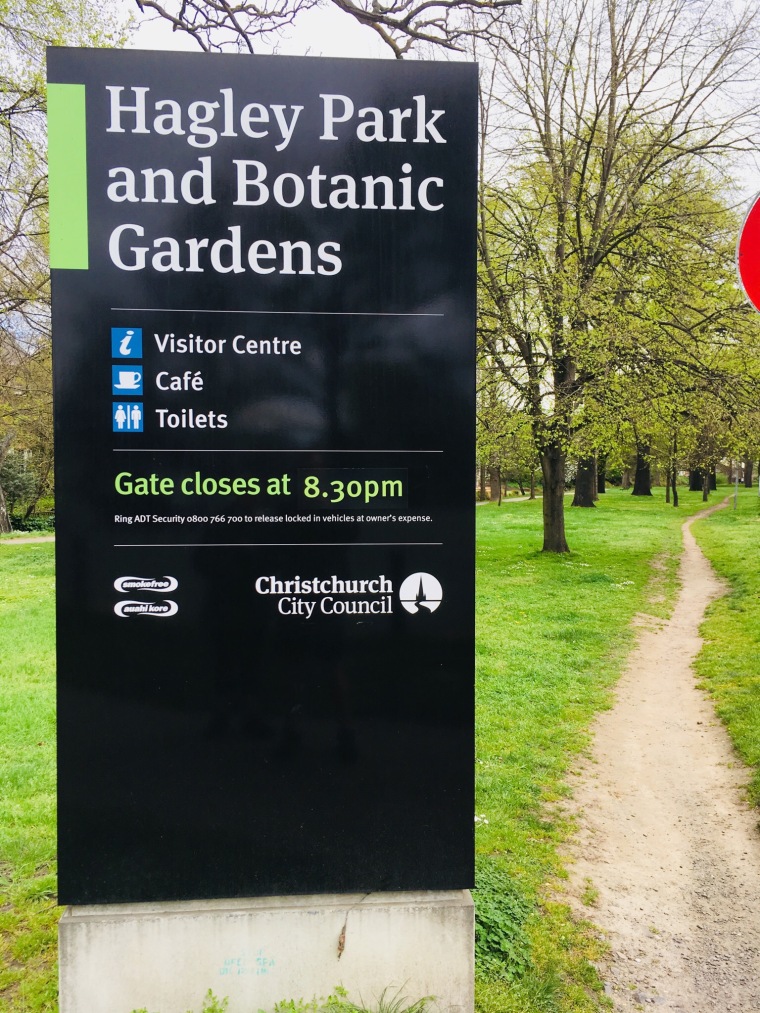 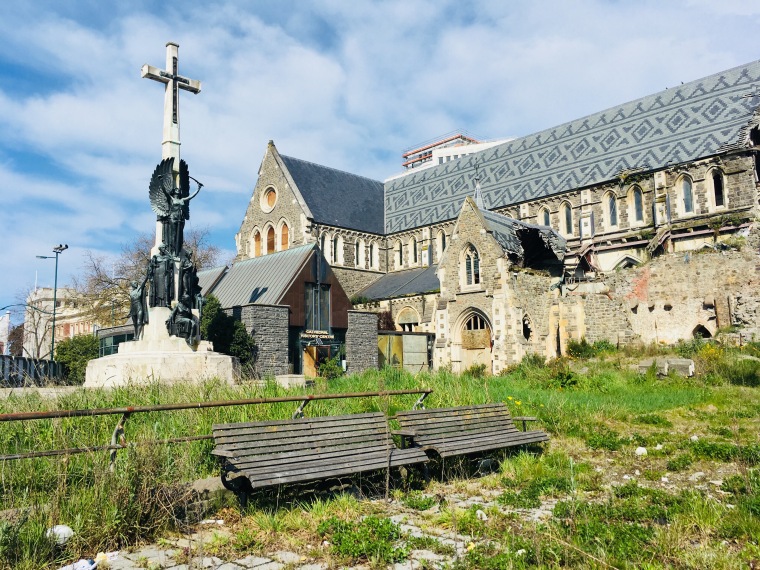 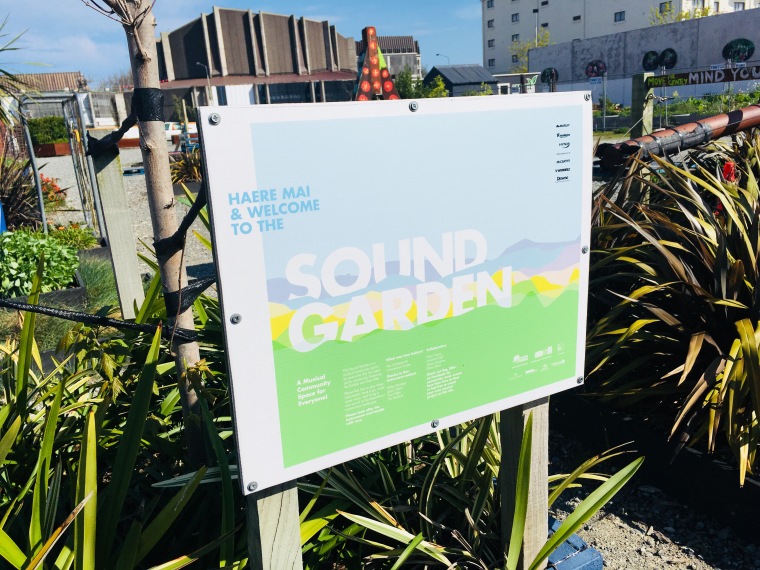 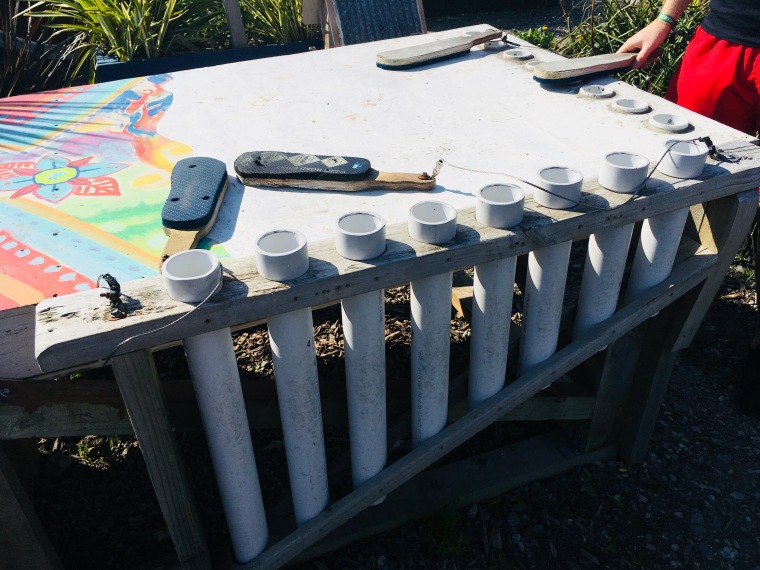 Ryan and I then flew from Christchurch to Auckland where we stayed for a couple of days before flying to sunny Sydney, Australia.
Now, to say I was happy to feel the heat and see cloud free blue skies when we got off the plane was an understatement! New Zealand was absolutely beautiful but it was chilly the majority of the time so jumpers and coats were definitely needed. Australia’s weather is beautiful and it’s only their spring so it’s only going to get hotter!
Ryan and I stayed in Broadway for a couple of days to sort out our Australian bank accounts, our Tax File numbers, getting an Australian SIM card, you know – the boring, important stuff!

We did take a walk to see the Sydney Opera House and Sydney Harbour Bridge – it was great! Lovely to see something I’d seen so many times on TV and online, and with the sun shining the view didn’t disappoint! 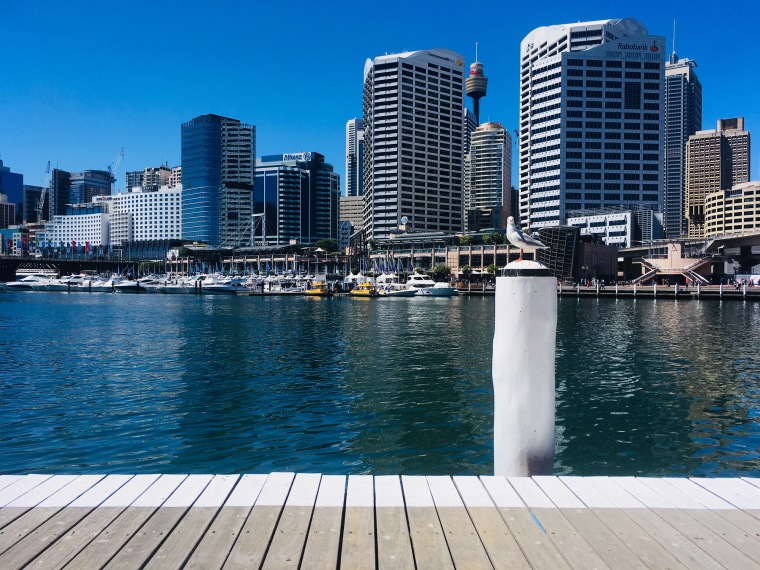 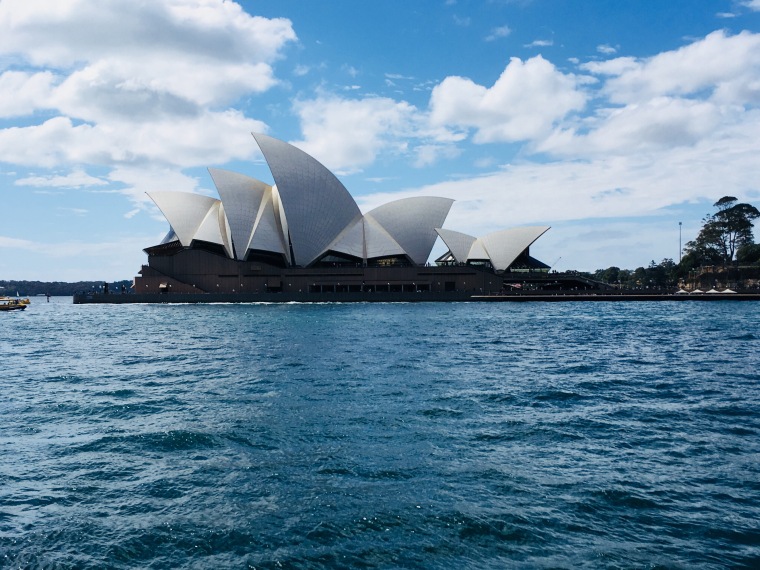 Unfortunately sorting out our bank accounts and Tax File numbers wasn’t a quick process so while we were waiting for emails we decided we would pop to Bondi for a couple of nights.
The hostel itself was ‘ok’, we were given a private room without having to pay any extra dollar, it was right next to Bondi Beach which was great, but the kitchen we tried to avoid at all costs! It was far to small for the amount of backpackers staying, they had hardily any cooking utensils and it was, in my opinion, just a little bit grim! (But hey, what hostels aren’t?!)
We spent our time in Bondi on the beach, taking in the street art on the walls and walking to Coogee Beach.
On our walk to Coogee Beach we had to walk through Waverley Cemetery.

Waverley Cemetery is located on the cliff tops of Bronte and was opened in 1877. The cemetery itself is known for its Victorian and Edwardian monuments; it is home to many family tombs that vary widely in structure, size and colours.

The cemetery was ginormous, by far the biggest cemetery I had ever seen. Unfortunately some areas of the cemetery had been sectioned off due to the damage from the 2016 storm which had made many of the older graves unstable and unsafe. 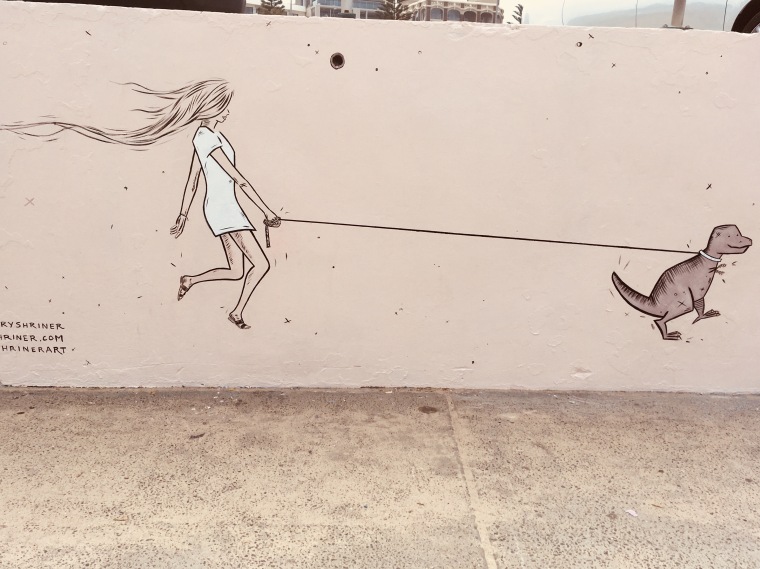 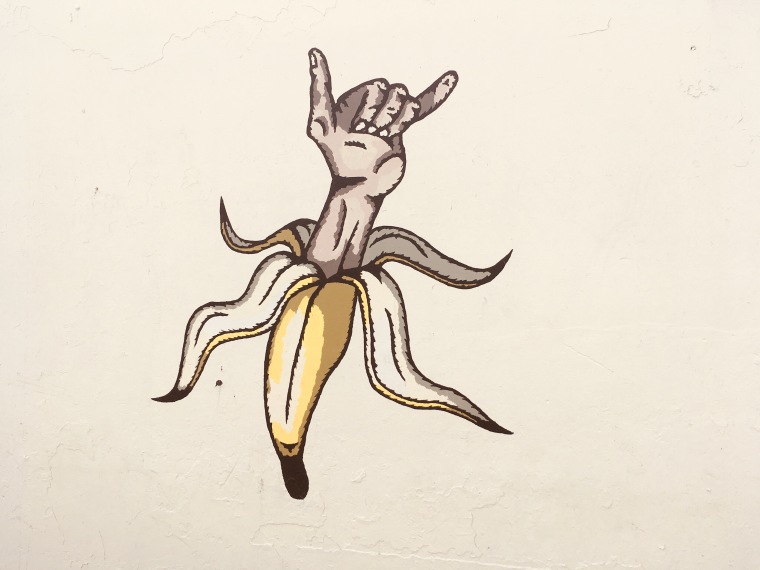 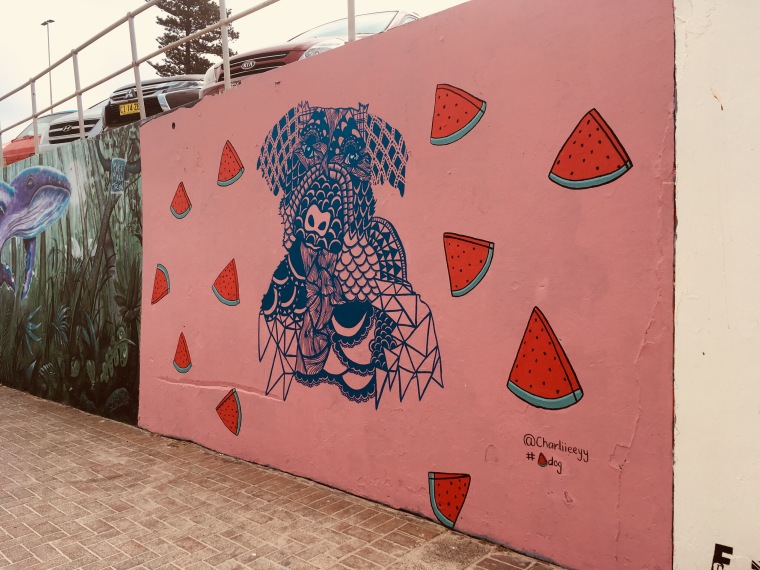 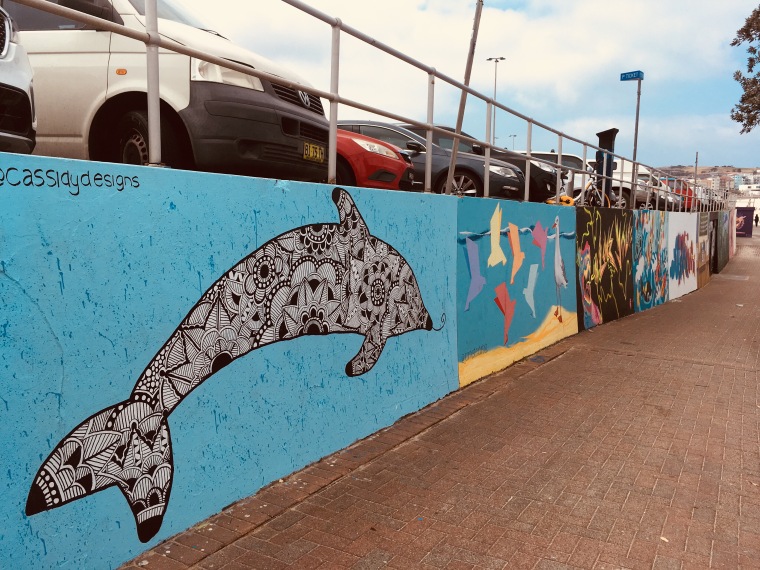 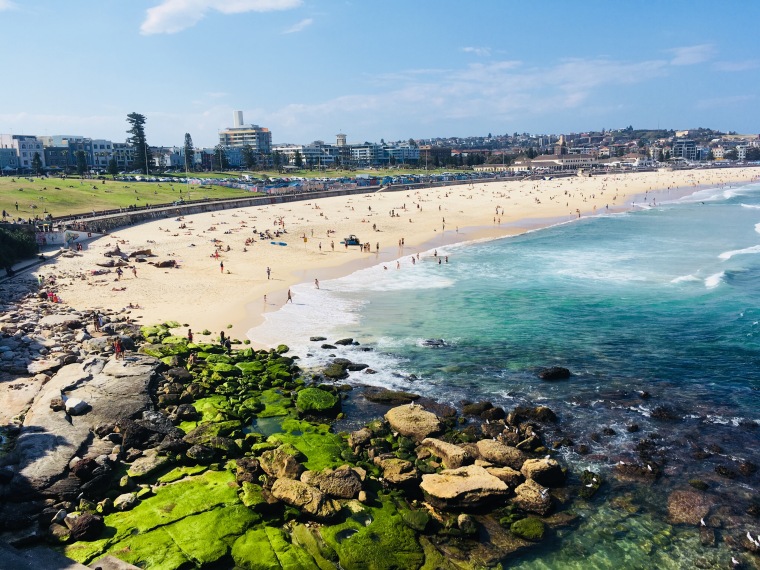 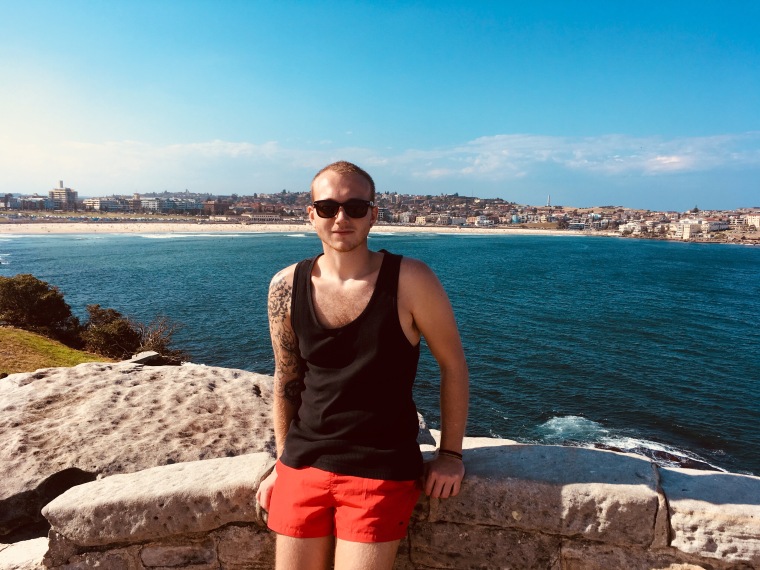 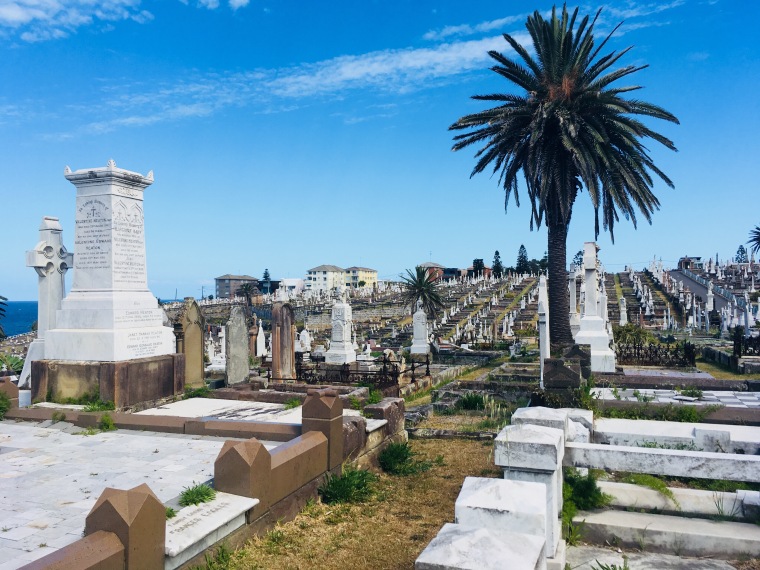 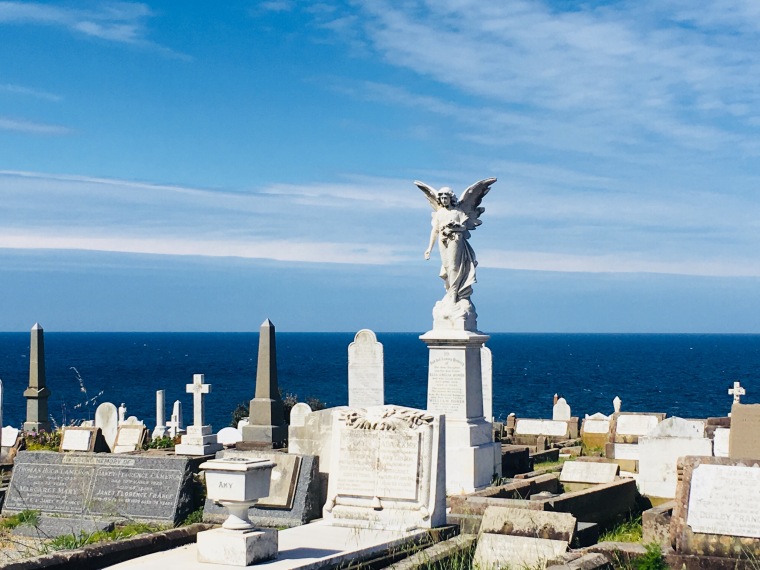 Ryan has family that live in Dee-Why, Sydney and they have kindly let us stay with them. It was a short ferry ride to Manly where Steve and Kathy were waiting to greet us.

Steve is Ryan’s Dads cousin, Kathy is his wife and their 2 teenage daughters are Danielle and Georgia. It has been so lovely to meet more of Ryan’s family and for us to bond over our travels (Steve and Kathy traveled when they were younger too, and then ended up living in Aus!)

They took us to the lookout point West Head where you can see Lion Island and Palm Beach and then to Long Reef to over look Dee-Why Beach.

There were lots of paragliders around Long Reef – it was a miracle they didn’t bump into each other!

We also took a bike ride down to Dee-why Beach where we stopped to get ourselves a Golden GayTime ice-cream (as recommended by the family as a must try). It was delicious! It’s a toffee and vanilla ice-cream dipped in chocolate then coated in honeycomb biscuit crumbs!

Other days were spent walking around the Narrabeen Lagoon Trail where we came across tiny little ducklings which where so cute! And catching some rays down at Dee-why Beach – lunch included! 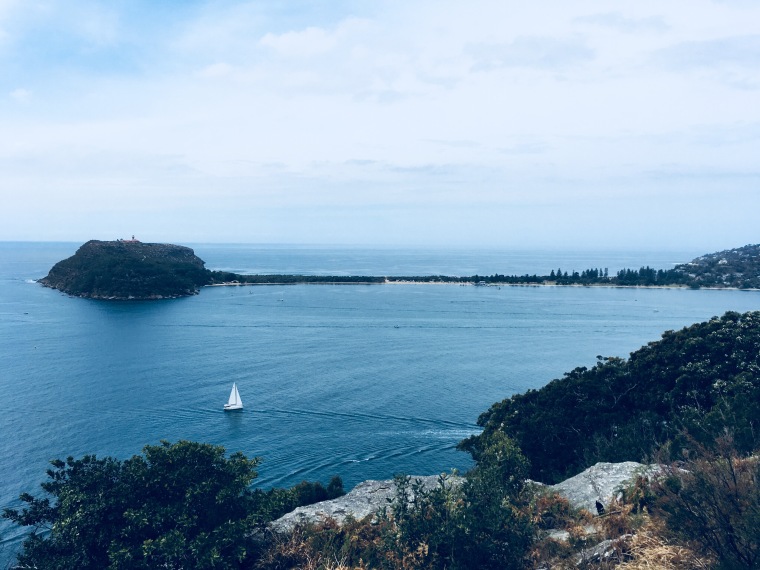 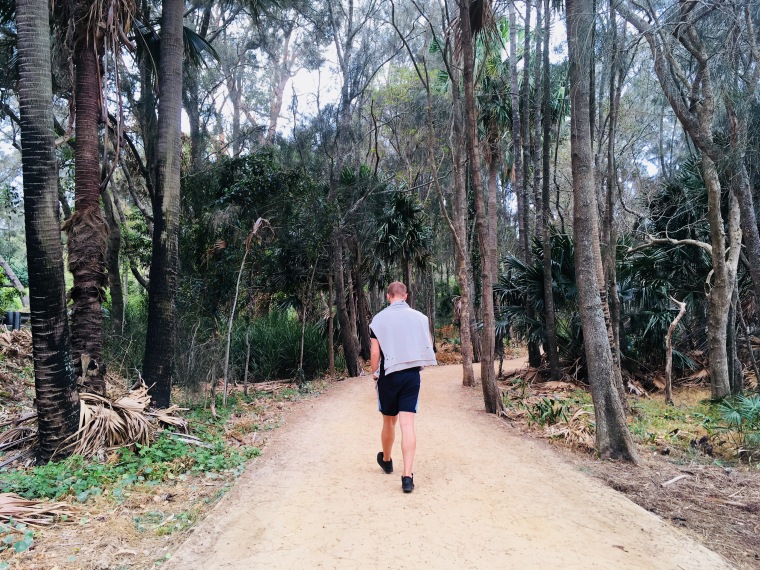 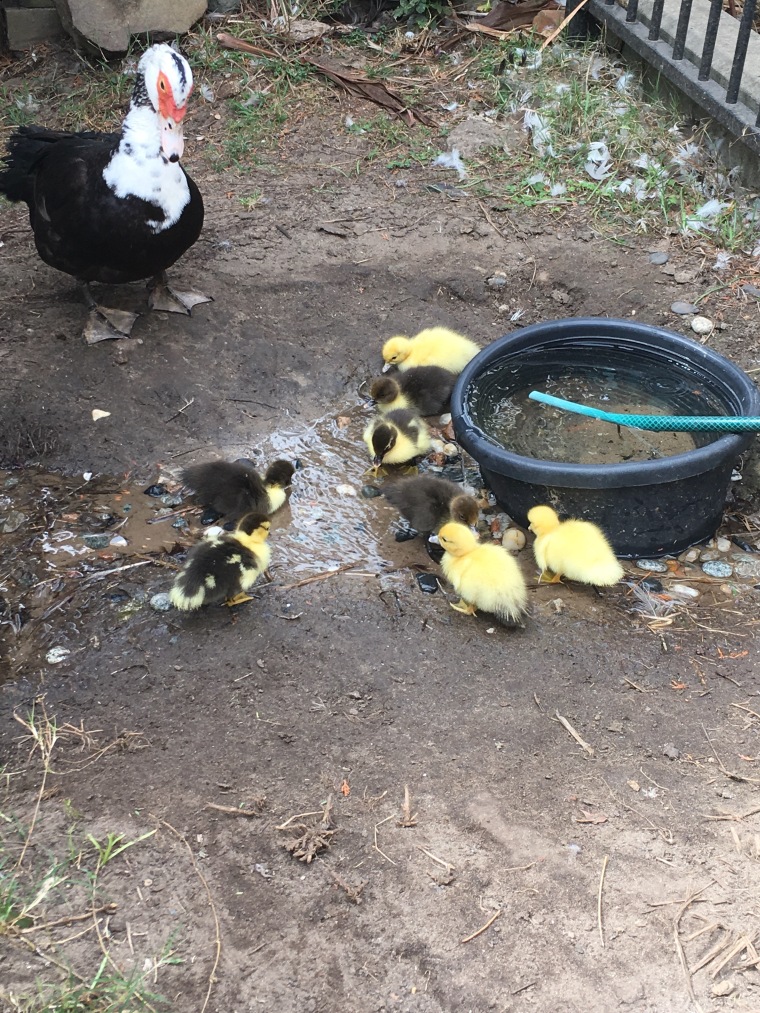 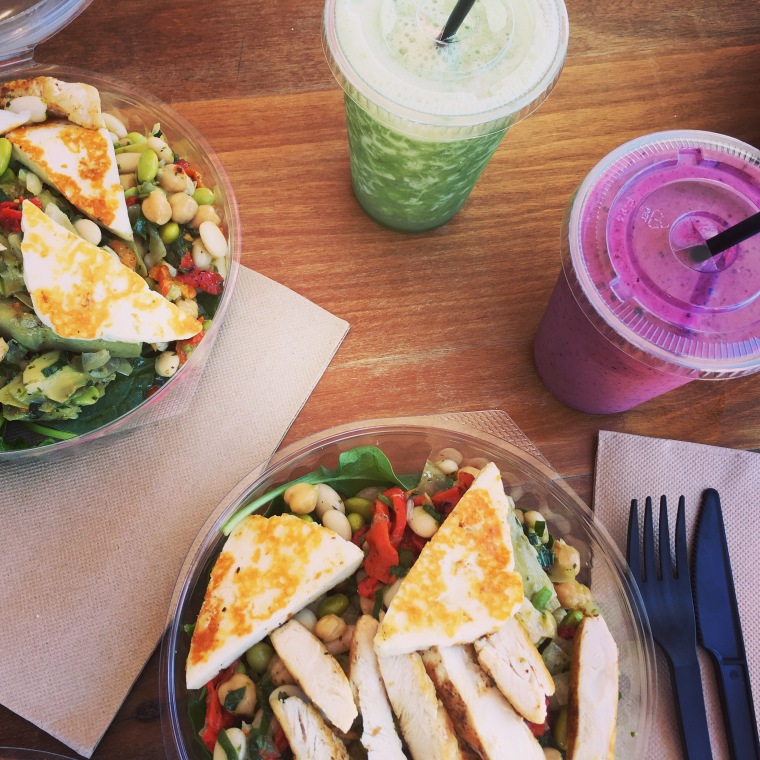 When we finally have them we will be able to get into the chaos that is finding farm work in Australia!

We are looking to do 3 months of farm work in order to see a different rural area and also hopefully save a few pennies along the way!
Hopefully in my next post Ryan and I will no longer be unemployed!

Pray for us!
‘Til next time!
Love Bumble x

One thought on “My Travel Diary: New Zealand and Australia”