Ryan and I finished working at our office jobs mid May and our last day was a mixture of sadness and excitement. Excitement obviously for the travels to come, but also sad to say goodbye to our ‘work family’ which was a nice mixture of Aussies and fellow travellers. We were definitely spoilt on our last day with a farewell card, cake and flowers ..and a ‘Care Package’ given to us from two ladies, Tori and Sue, which contained an assortment of Aussie BB’s choccies to keep us going through our long Greyhound bus journeys – so cute!! 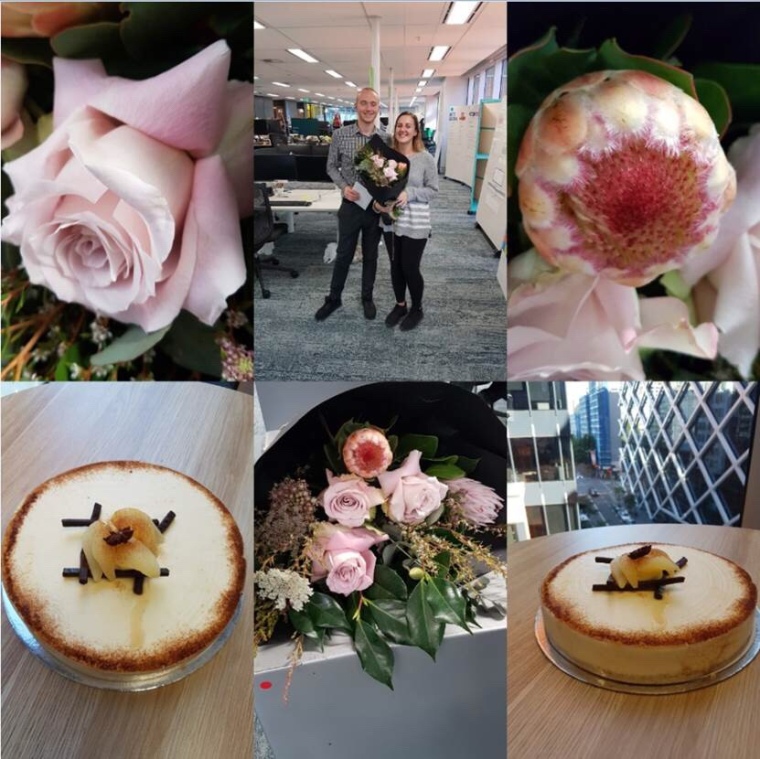 Our time after we finished work was spent sorting all the boring, BUT important, admin bits. I mean, do we really need to buy insurance?

After that we spent our time wandering Sydney; we were lucky with our timing and managed to wander around in the evenings when Vivid Sydney was on. Vivid Sydney is a yearly festival of light, music and art which goes on for 3 weeks. The most visual aspect being the light sculptures and light projections that transform famous landmarks, like the Sydney Opera house, into night time works of art.

Our favourite was ‘The Liminal Hour’ which is a moving light installation of a female creature named Marri Dyin – meaning “Great Woman” in the Eora language.

“Marri Dyin calls upon the natural forces, transforming peaceful bushland, into a raging bush fire, then a torrential storm – a cycle of regeneration which assures new life and prosperity for future generations. While the storm calms, Marri Dyin then sits to share a moment with children.

Marri Dyin is not a traditional spirit, rather she is a contemporary concept. Her existence seeks to recognise the influence and importance of the First Nations women, including Barangaroo, who lived in Sydney prior to settlement. Marri Dyin represents their strength and spirit, and their role as providers for their people through a connection to the land and its waterways.” 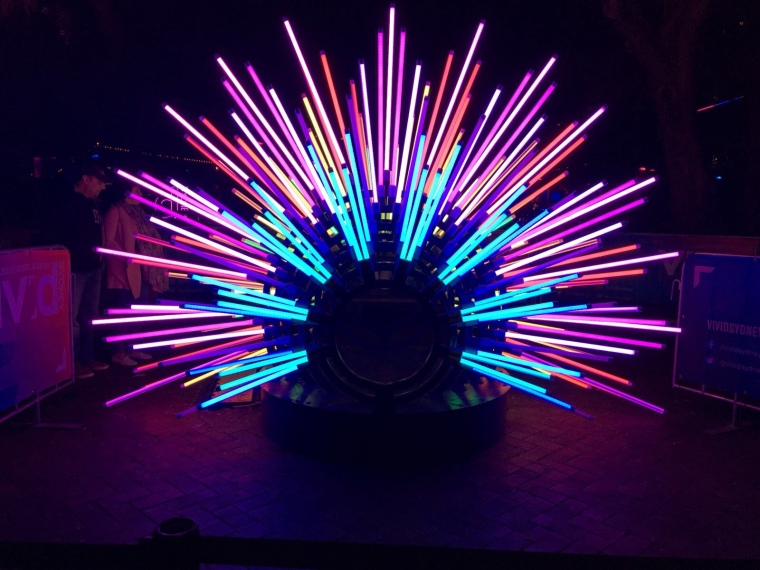 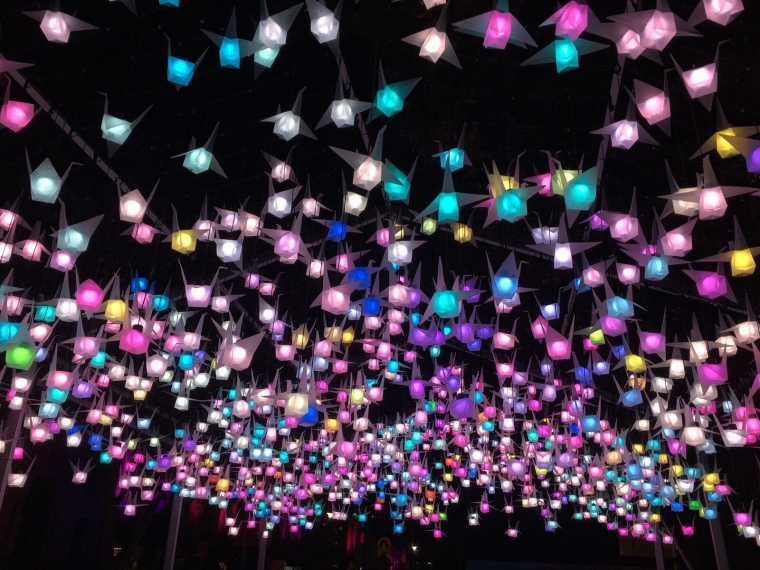 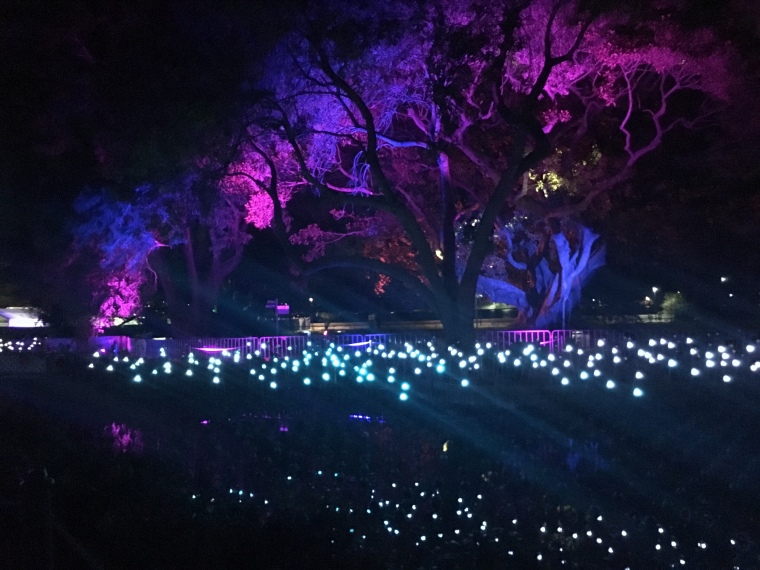 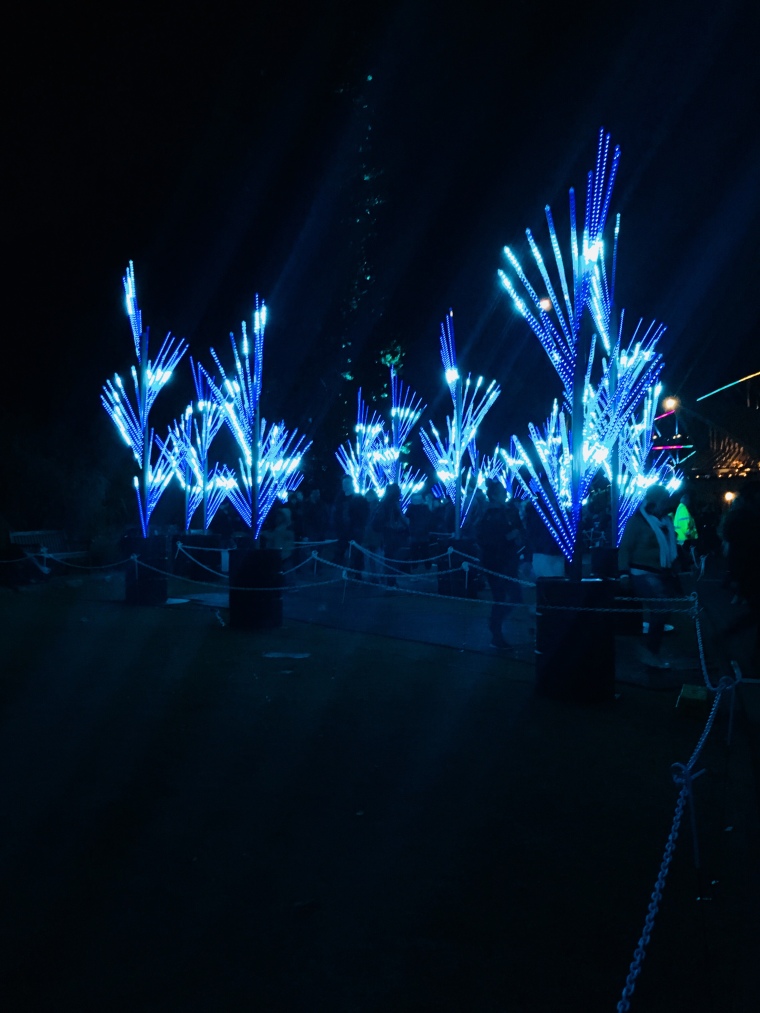 Ryan and I packed our things, left our cosy rented room, and hopped on the overnight bus from Sydney Central Station to Byron Bay. (Which was 12 hours *crying face*)

No more than 5 minutes after arriving in Byron Bay, the first person we spoke to happened to be someone that lives in Alton, which is near our home town, and went to the same college as myself and Ryan, at the same time, and has loads of mutual friends with us – what are the chances!

Our first day in Byron was spent looking around the Community Market (which is only on once a month – so again we were lucky with our timing!)

The market was full of food vans selling everything from fruit juices to full on Mexican dishes. There were clothes stalls with tie dye garments galore but also lots of neutral coloured linen pieces which I loved! (I’m obsessed with all things linen at the moment – especially if the items have button details!)

And of course there were plenty of jewellery stalls to get your teeth stuck into as well!

We then opted to walk to the Cape Byron Lighthouse, which is the most easterly part of Australia.

The walk itself was lovely, there were lots of different points along the way where you could stop and enjoy the view of the bay in front of you – we could even spot a pod of dolphins leaping in the sea in the distance.

We spent one day exploring the town and ended up sitting down by the beach listening to a busker called Karuah (who was brilliant I might add – his Instagram is @karuahmusic). It was just so relaxing to sit by the beach, watch the waves and listen to chilled out music.

We ate pizza at Legends Pizza with other travellers and popped into The Railway Bar in the evening to try their locally produced beer. We tried a Stone & Wood Pacific Ale which had a slight after taste of passion fruit – we had a ‘schooner’ which is the typical size of a drink out here in Australia ..in England you’d have a pint, here you’d ask for a schooner (which is 3/4 of a pint). There was live music inside the bar; a guy who sang his own original material but also mellow versions of hits like: ‘No Diggity’, ‘My Pony’ and ‘The best of me’ by the Foo Fighters.

Our hostel was pretty quirky too; there was lots of wall art including one wall featuring a massive map of the world and all the beaches/surf locations labelled – ‘so gnarly’! 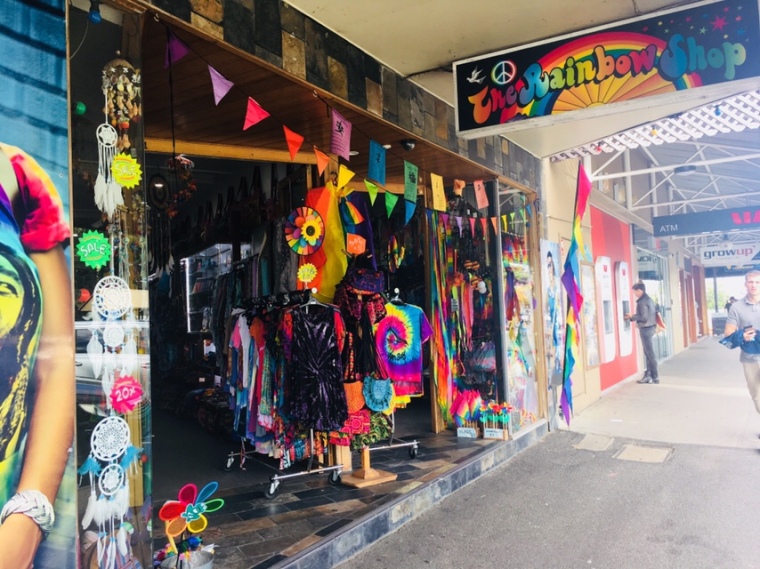 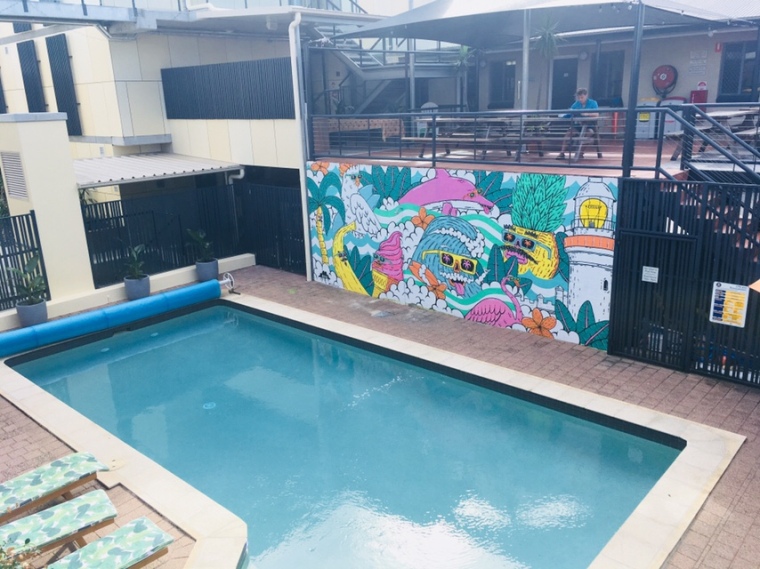 Ryan and I also decided we would try a surf lesson – neither of us had ever surfed before, and I’m not a huge fan of water but thought we might as well give it a go!

We were pretty lucky as there was only one other person booked on the same time slot as us and that person pulled out so it was just me and Ryan – our own private lesson!

The lesson was a lot of fun, we both managed to stand up on our boards relatively quick (I stood up on my 2nd try *just saying*) but for me the fear of the water slowly took over the excitement of the surfing and I just didn’t enjoy it as much.

And Ryan, being the water baby that he is, absolutely loved it and that’s all that matters really!

Unfortunately we didn’t get any pictures of us surfing – which honestly you should be thankful for, skin tight wetsuits are not the most flattering!