Yet again, I’m behind with my diary posts *shock*

In my last post we had just finished our time in Brisbane which feels like forever ago!

Ryan and I left Brisbane, hopped on a bus and started our journey to our next stop – Noosa.

When we got to Noosa we took a stroll along the Noosa Spit Recreation Reserve and ended up on an almost empty beach; there was only one another couple soaking up the sun on the beach and their dog playing in the water. 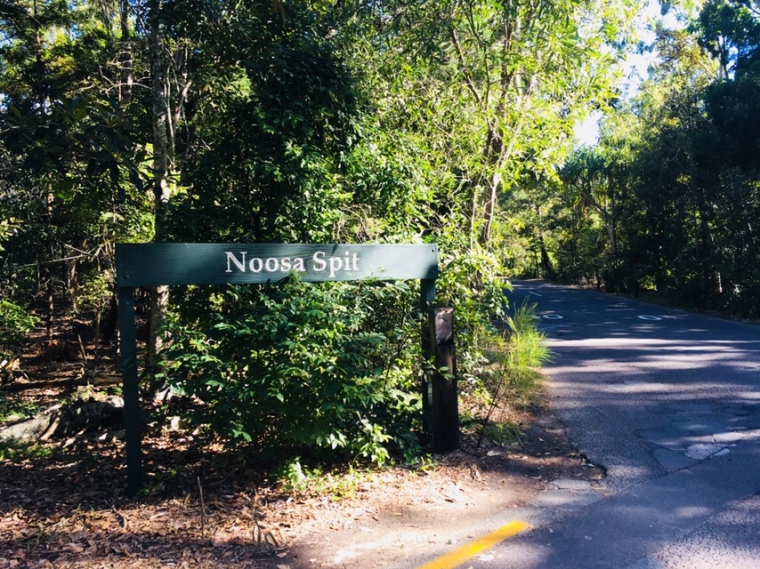 Noosa wasn’t particularly big, there was a Main Street called Hasting Street which was home to all the shops, restaurants and cafes and it was parallel to the beach. So everything you could need in the same area – which is music to your ears when you don’t have a car and are walking everywhere!

We stumbled upon a unique candy store called Candy Addiction which sold hard boiled candy, fudge, ice-cream, and everything in between. You could even see the candy being made; we spoke to the candy makers and they told us they were creating candy for wedding favours for an order they’ve had in – the candy is going to have the initials of the Bride and Groom plus the wedding date – how cute! 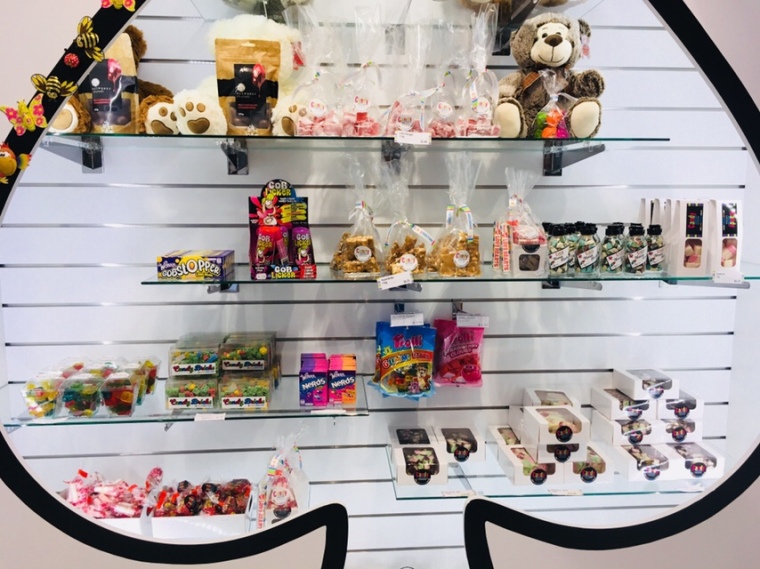 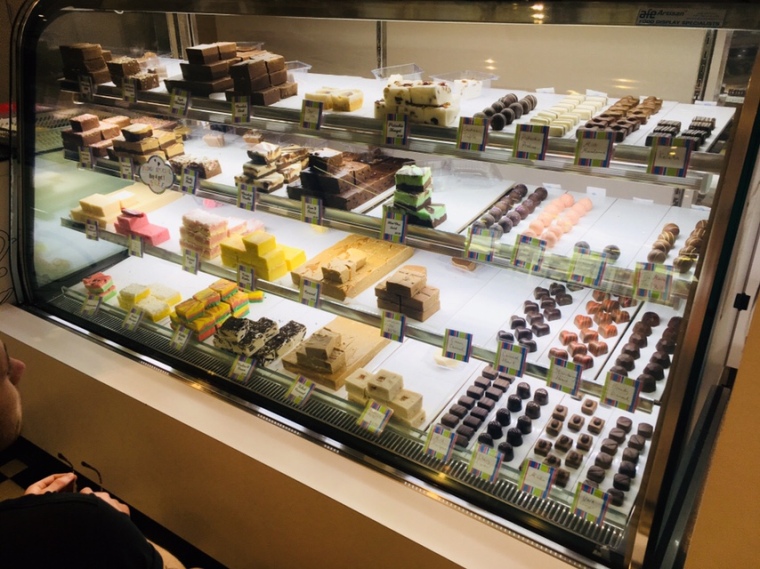 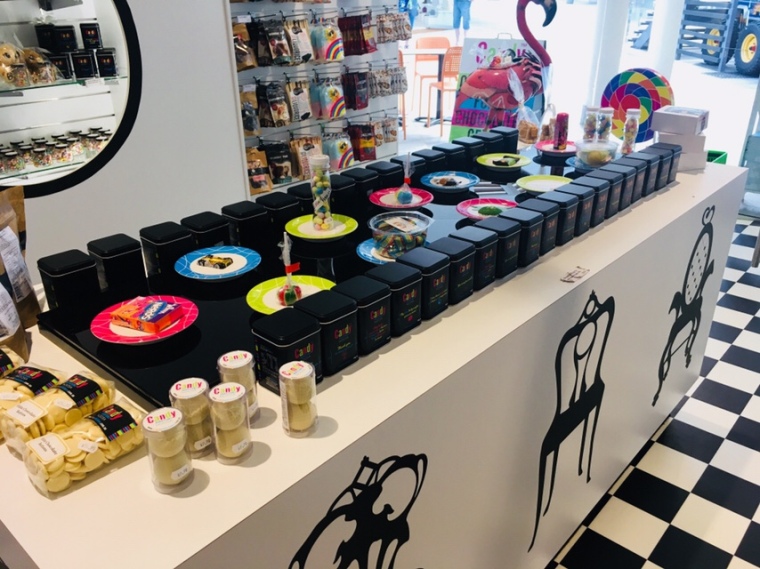 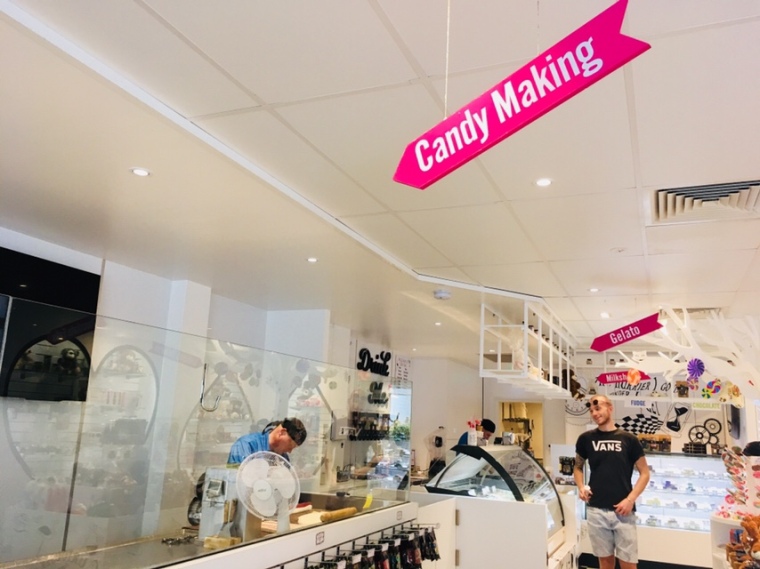 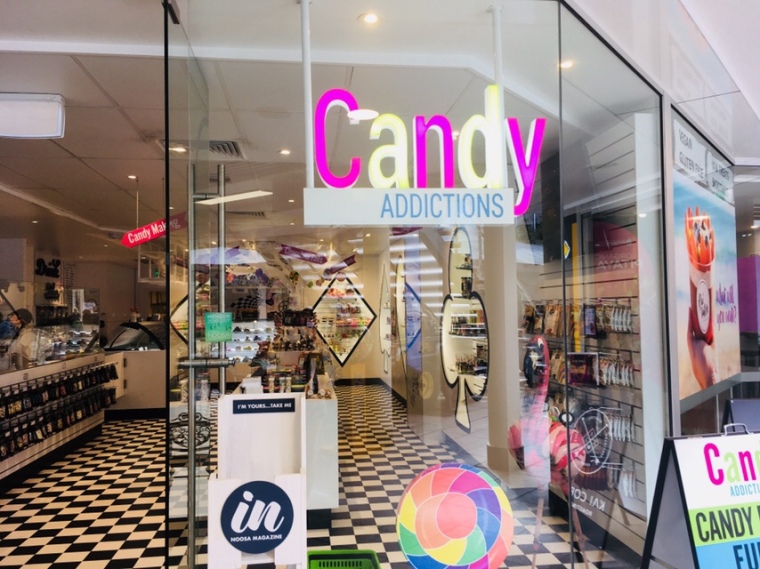 Our other time in Noosa was spent doing the Coastal Walk in the Noosa National Park. We took the Coastal Walk to Hell’s Gate (a scenic cliff) then took the Tanglewood Walk back. There were beautiful views of the coast throughout the walk – every view looking like something from a postcard! 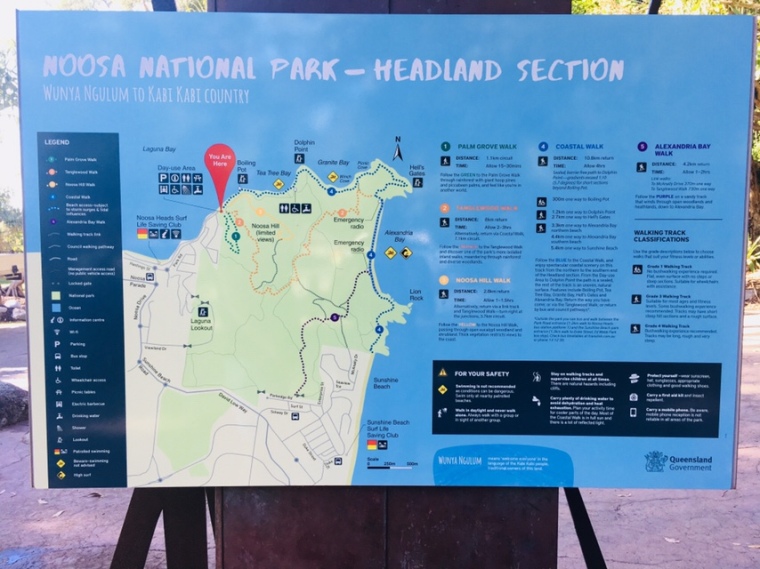 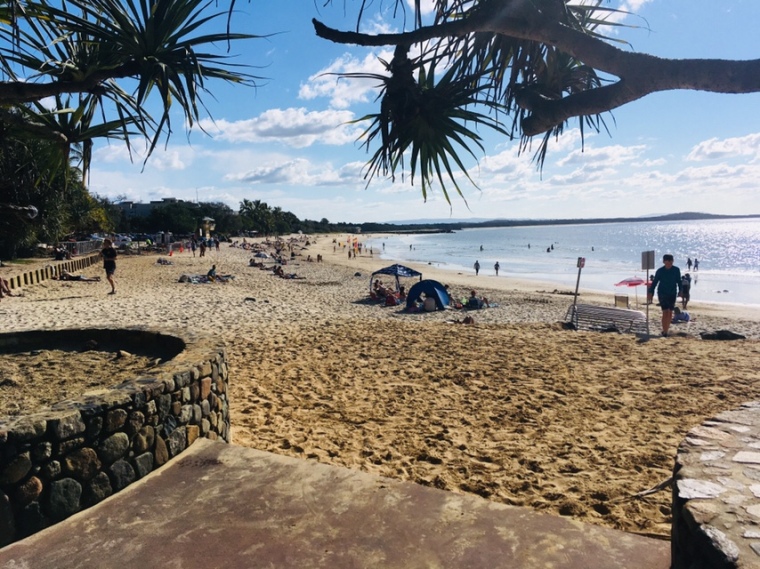 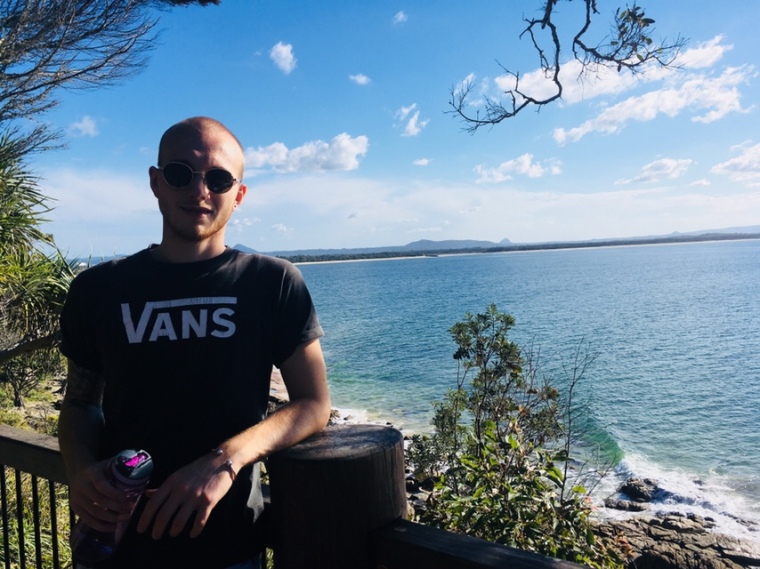 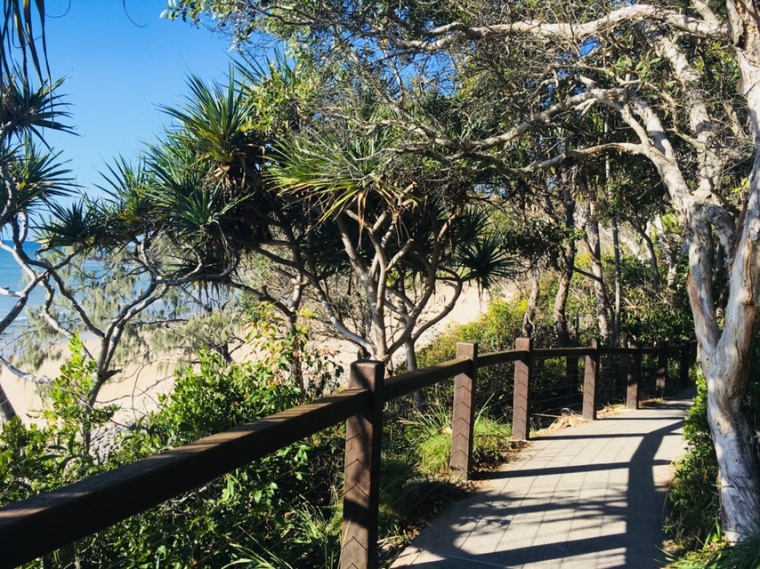 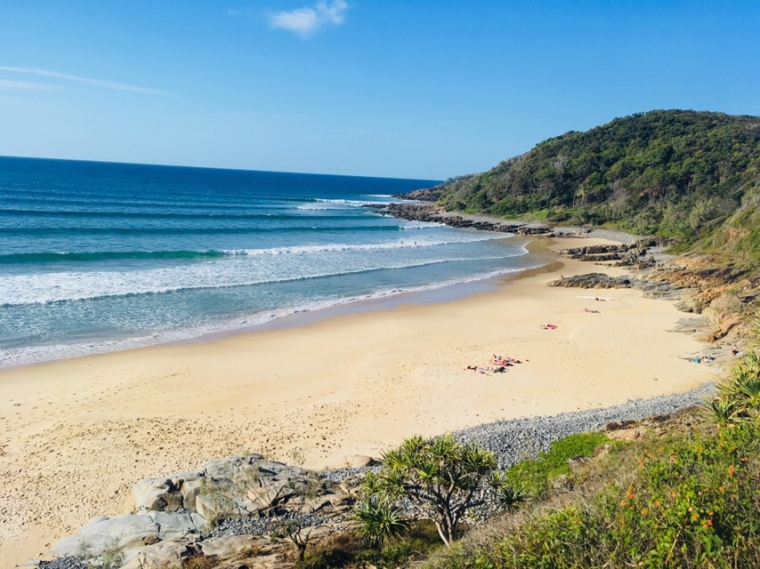 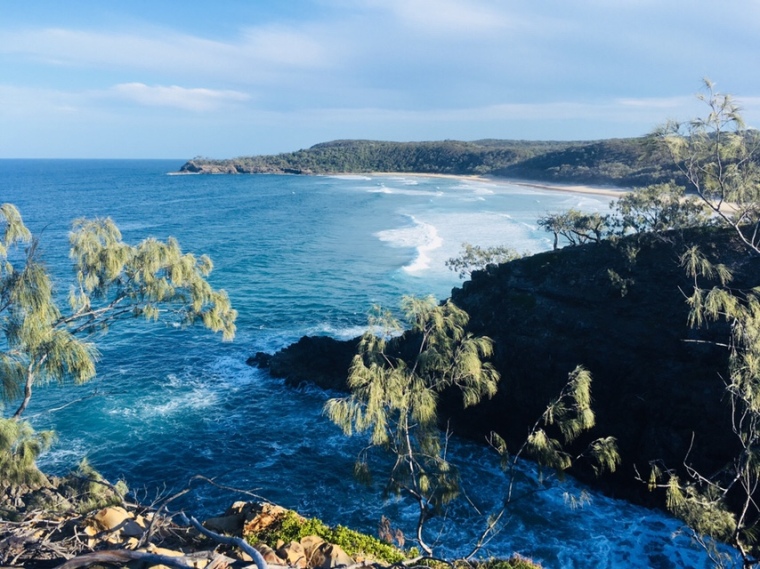 Our next stop was Rainbow Beach. On our journey to Rainbow Beach we took a short break at Kybong services where a huge kangaroo statue is.

The statue was made for the opening of the 1982 Commonwealth games in Brisbane and is named ‘Matilda’ (which is what one of my old primary school teachers called me!)

Ryan and I were not going to Fraser Island from Rainbow Beach so perhaps should have skipped this stop. We did stroll around the small town, again, like Noosa there was a street with some shops and it was all close to the beach.

We did take a walk to Carlo Sand Blow to watch the sun set one evening.

Carlo Sand Blow is a large sand mass which overlooks the coastline. When you take the short walk through the trees and first step out onto the sand blow it feels like you’re in the desert – the sand looks like it goes on forever!

We sat and watched as the sun set over Tin Can Bay and the Great Sandy Strait. 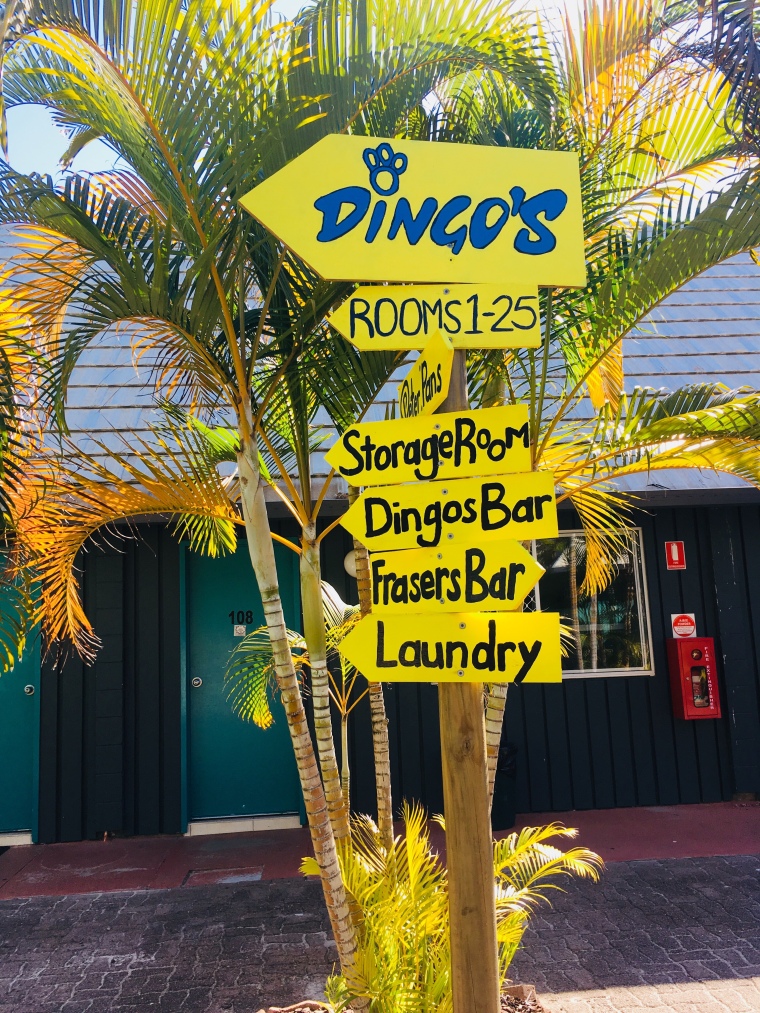 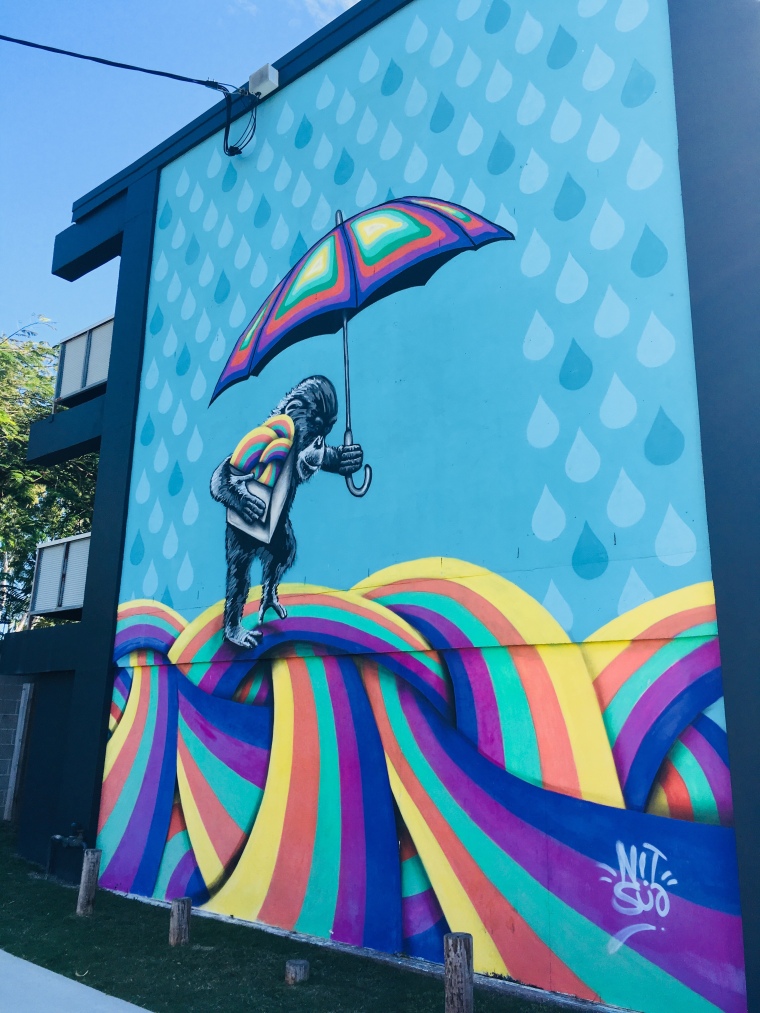 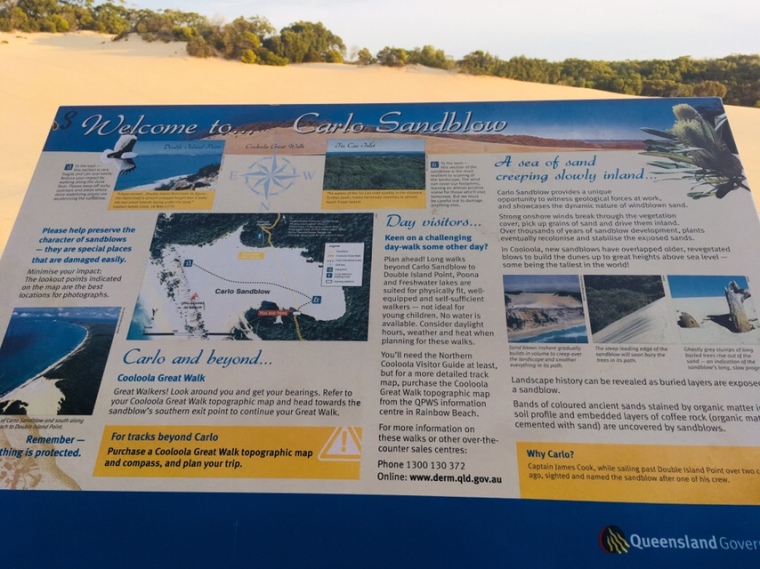 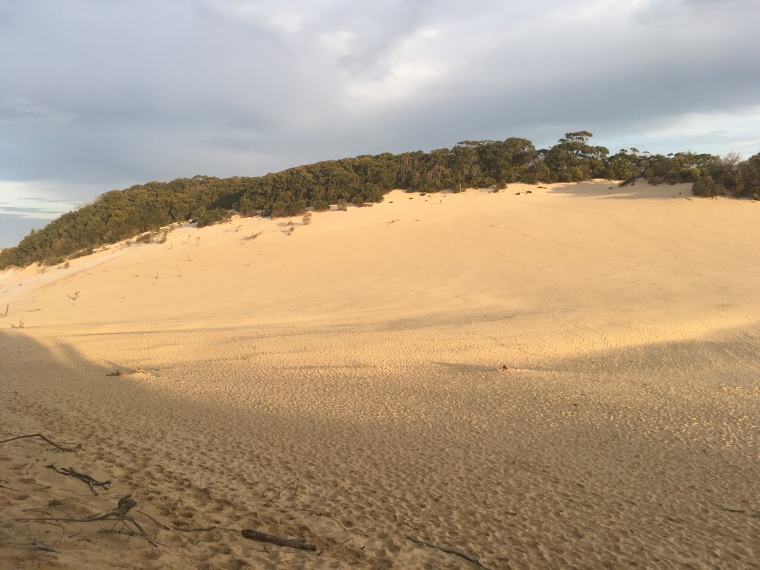 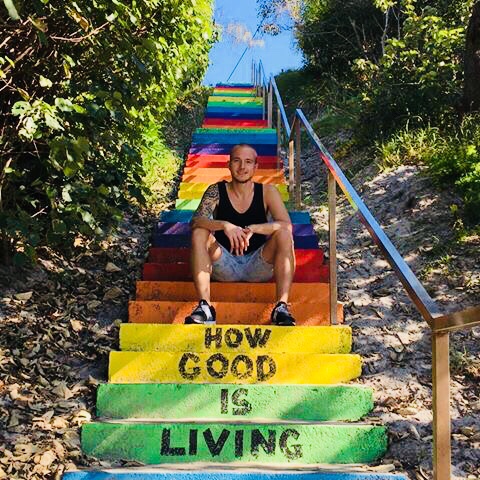 As I mentioned earlier we weren’t going to Fraser Island from Rainbow beach – we were going from Hervey Bay!

So we hopped on our bus and made our way to Hervey Bay ready to start our Fraser Island adventure!