Ryan and I hopped off our overnight bus from Airlie Beach and arrived in Townsville.

There’s not much to do in Townsville itself; most people will stop here to get the ferry over to Magnetic Island ..and that’s exactly what we did!

We checked out of our hostel and jumped on the ferry. We unfortunately only had one night on Magnetic island and in hindsight we probably should have stayed longer and rented a little 4WD so we could’ve seen more of the island – ohh well! So, just a tip if you are going over there – make sure you do rent a car as there’s lots of things to see on the island but they’re all far away from each other!

We still had a great time though! We caught the bus to do the Forts Walk which is a walking track in the National Park which leads to forts that were built and used in WWII. We tried to spot koalas on the way – we didn’t see any unfortunately – myself and Ryan are basically blind so we didn’t have a hope in hell really!!

After a long day of walking and the disappointment of not seeing any wild koalas we decided we would pop to Scallywags Cafe for a well deserved dinner. 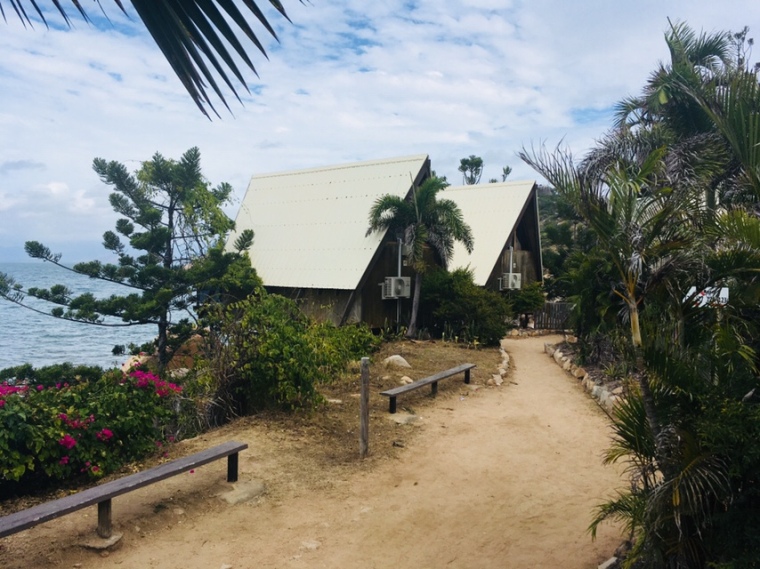 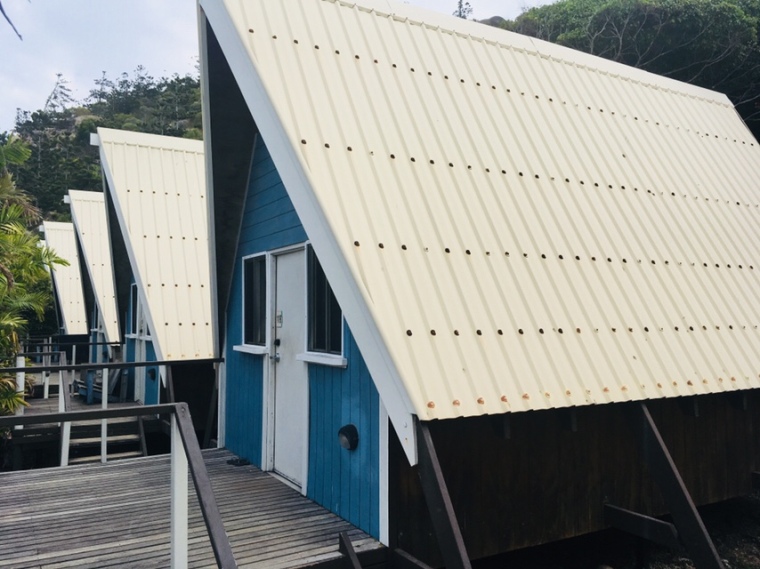 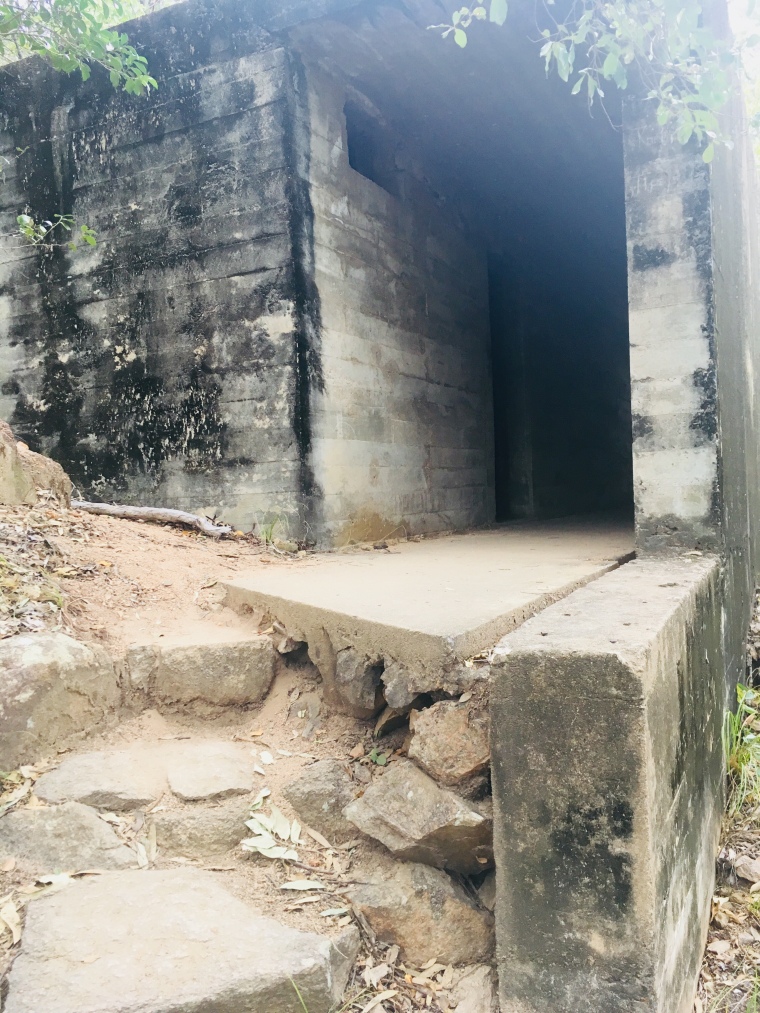 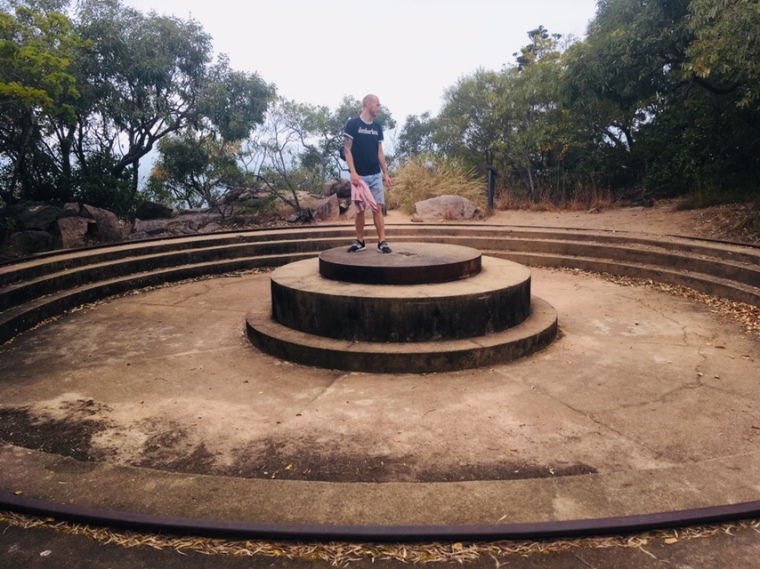 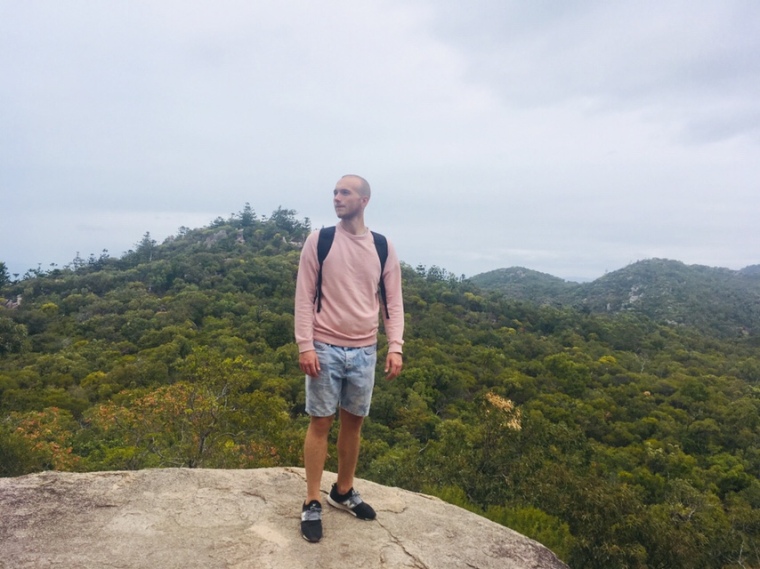 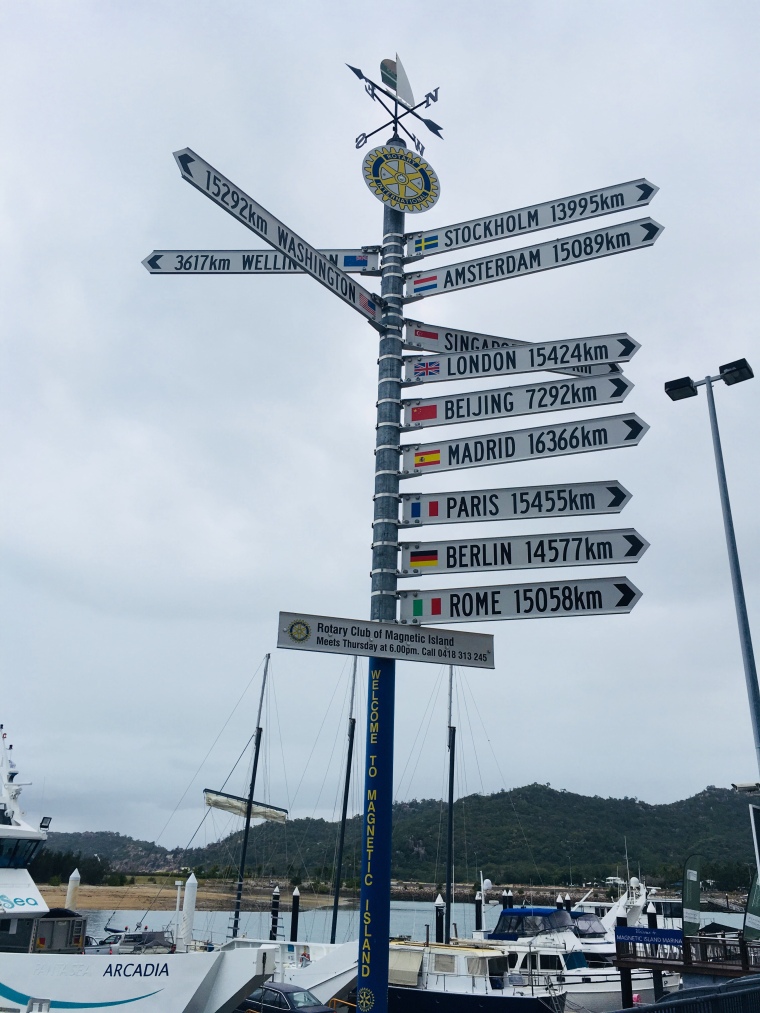 The next day we waved goodbye to Magnetic Island and hopped back on the ferry to Townsville.

We stayed in Townsville for another night and did all the boring things like washed our clothes and shopped for food. The boring stuff that no one wants to know about!

Then we caught the bus to Cairns; our final stop up the East Coast!

We met up with friends, Jasmin, Emma and Tom as it was the last time we’d all be together in the same place before going our separate ways.

We wandered the Cairns Night Markets, grabbed some market food then went to the pub for a drink. And Jasmin has ordered that if Ryan and I get married she wants an invite to the wedding! Ha – chance would be a fine thing!

In Cairns we also opted to do the Atherton Tablelands day tour to visit the rainforest and waterfalls.

The night before we had an email to say they’d cancelled our tour (does this sound familiar? Shout out to those of you who read my Whitsundays post).

BUT, again, they had upgraded us to a similar, more expensive, tour. And our friends Emmelie, Sarah and Jasmin were also put on the same tour too!

The tour itself was great; the tour guide was hilarious and made us laugh the whole trip.

The first place we visited was the Babinda Boulders to do a walk. It was p*ssing it down! (It is a rainforest after all!)

We got absolutely drenched, not that it mattered as we were in and out of waterfalls all day, plus we had tea and biscuits to warm us up after.

One girl was wearing a white t-shirt, had recently fake tanned and was a streaky mess by the end of the walk – and to rub salt into the wound as soon as we got back to the bus she remembered a girl had given her a waterproof poncho a couple of days earlier! Doh!

We then made our way to Josephine falls. As we drove to the falls the tour guide said the water level may be to high for us to go into the water – but he’ll make a judgement call when we get there.

He didn’t need to make the call, a ranger had already been to the falls and placed signs to say ‘Danger – No swimming’.

He then proceeded to tell us a story about a Korean lady that was killed about a month ago because she was standing on one of the rocks at the bottom of Josephine Falls and a flash flood swooshed her off the rock; they found her lifeless body hours later.

Safe to say, we did as we were told!

We then stopped for lunch at The Tea Terrace which serves locally produced tea. On our journey we drove past the field in which the tea was harvested, it’s called Noosa Tea. The tea was very nice, and I’m English so I know a good brew y’know!

After stuffing our faces we made our way to Milla Milla Falls which is home to where the Herbal Essences advert was shot and also where parts of the music video for Peter Andre’s song Mysterious Girl was filmed.

We took on the famous hair flick picture and I think we did alright – even if I do say so myself!

Lake Eacham was next on our agenda. Lake Eacham is a volcanic lake which is home to a fresh water crocodile – we were allowed to swim in the water as we are not on his menu apparently! It’s the salt water crocs that want to rip us to shreds. Still, I wasn’t chancing it. My feet stayed firmly on the ground far away from that water.

One girl in the water got a nose bleed and all I could think of was that the croc would smell the blood and come after us all, WE’RE ALL GUNNA DIE!!

P.s. no one died, I guess the tour guide knew what he was talking about..

Our last stop on our day tour was to a small river for us to try and spot a platypus.

We crept along the river bank trying to spot a platypus – half of the group got far too impatient and went back to the bus (me included) while the other half (Ryan included) waited it out and we’re lucky enough to see one – dammit! 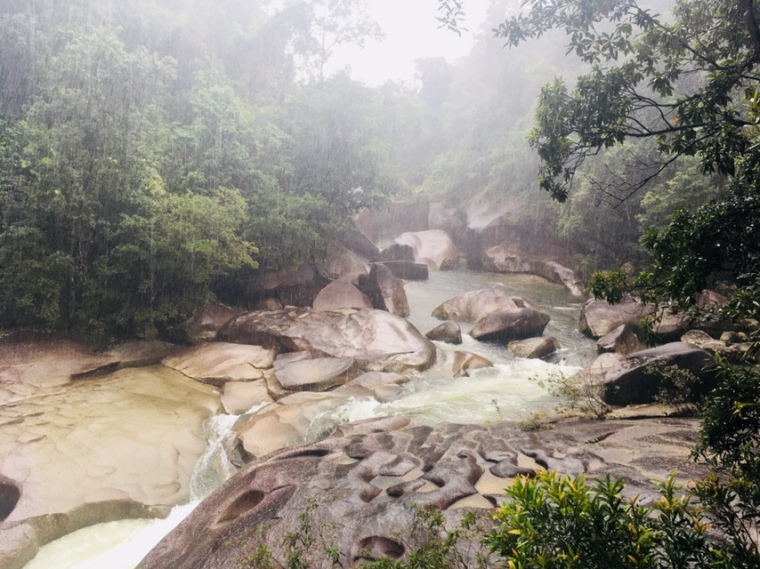 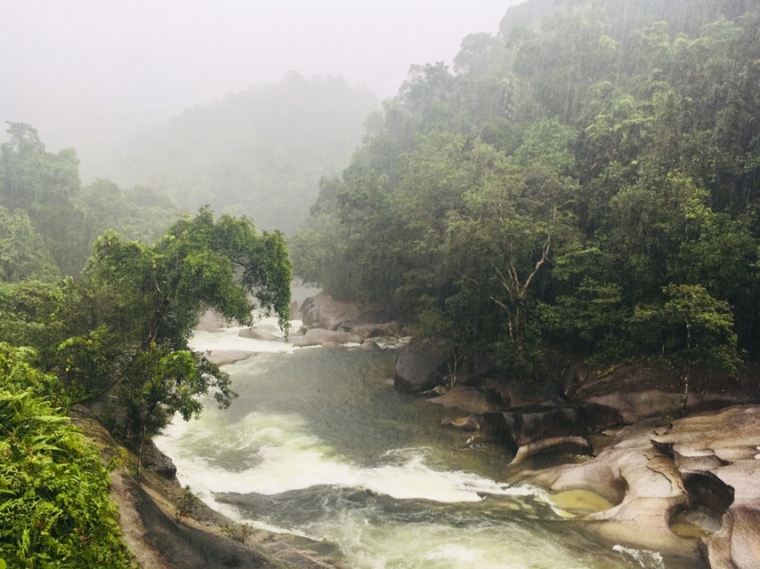 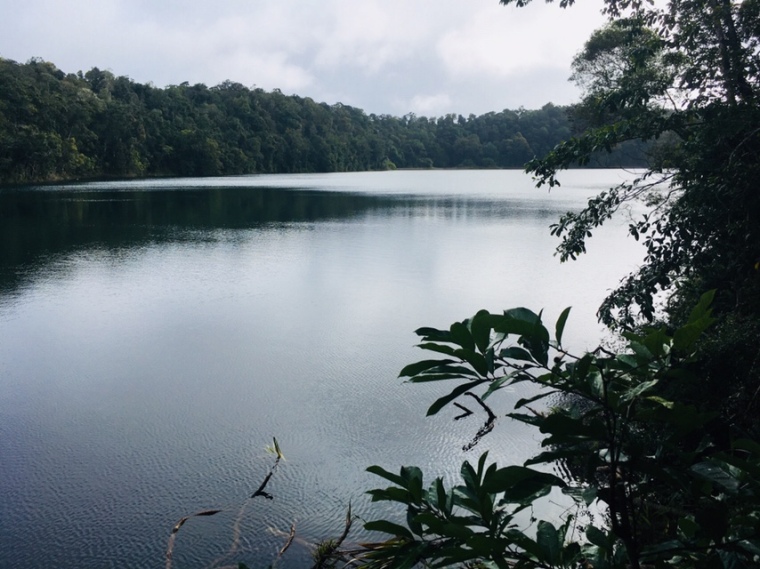 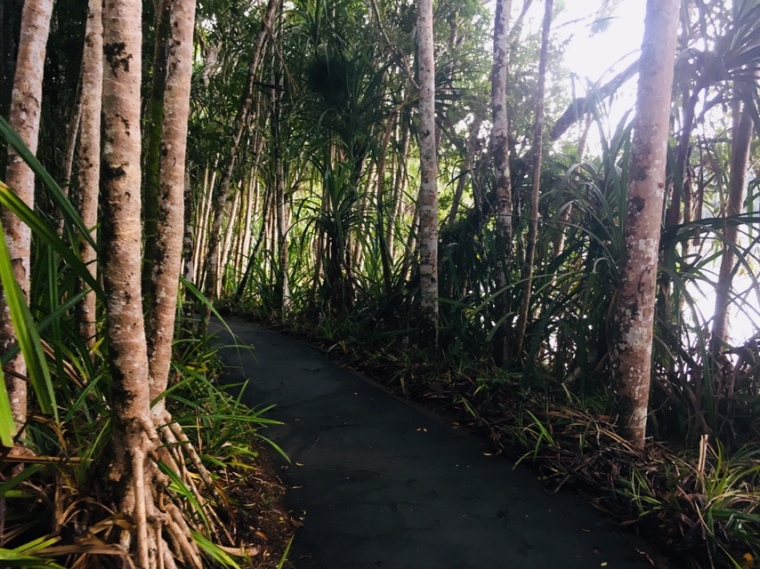 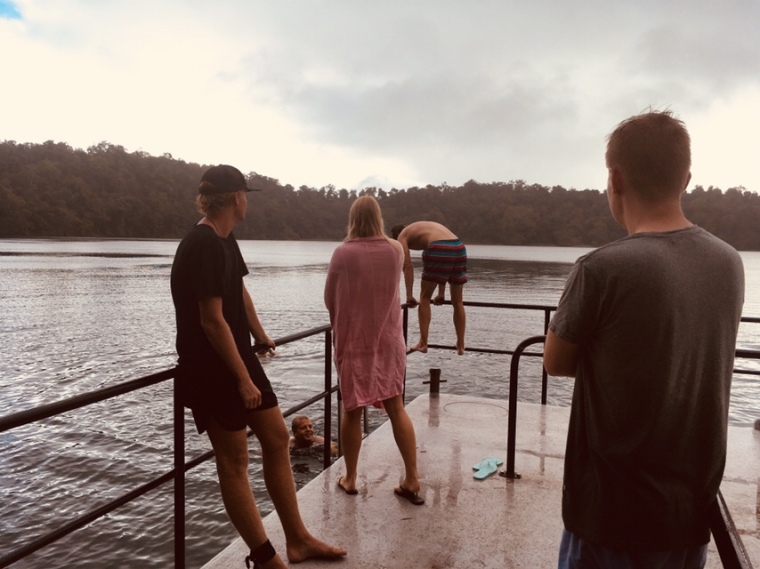 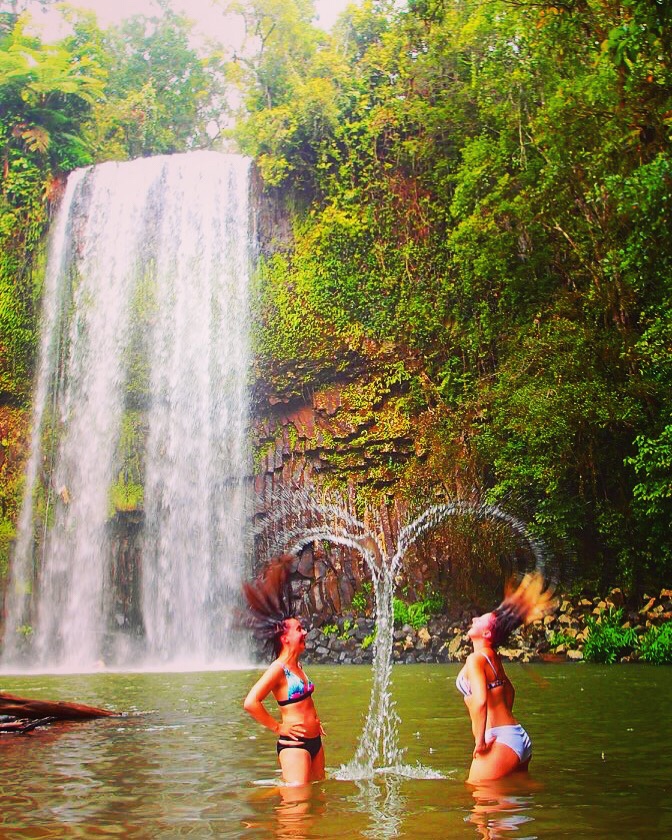 The next day we snorkelled the Great Barrier Reef.

Why is it that most things in Australia that are amazing involve the water? Which I’m petrified of!

We made our way down to the boat terminal in the morning and jumped aboard our Down Under boat.

An Aussie couple sat opposite us and we spent the day chit chatting away with them about our travels and places they’d visited.

The sea was pretty choppy so sea sickness tablets were a must; I still felt queasy even though I had taken some! It probably didn’t help that almost all of the Asians on board were sea sick, and that the place to be if you’re feeling ill (the back of the boat) was bloody rammed!

We stopped at two snorkel spots on the Great Barrier Reef; Norman reef and Hasting reef.

I kept trying so hard to swim further into the reef but I might as well have been going backwards! Swimming is definitely not my forte!

The fish were beautiful and colourful; Ryan saw one that he swears was almost the size of me (must’ve been a fat f*ck) and he also saw a shark! 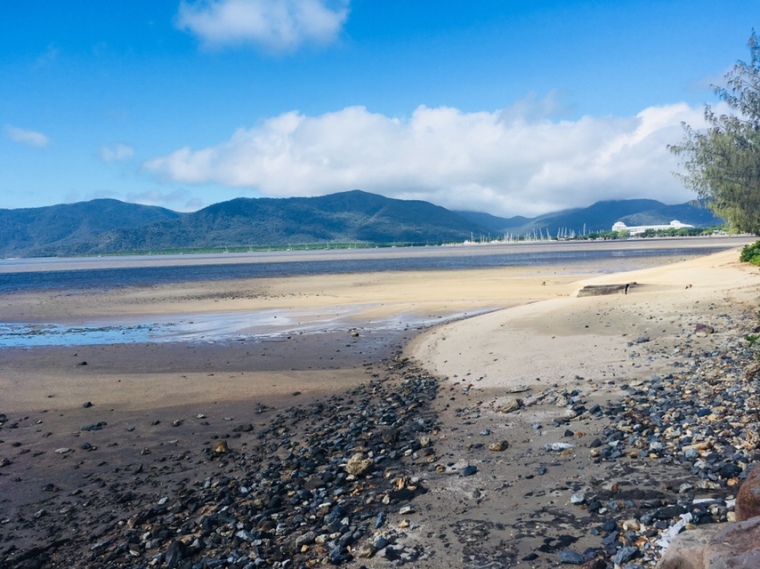 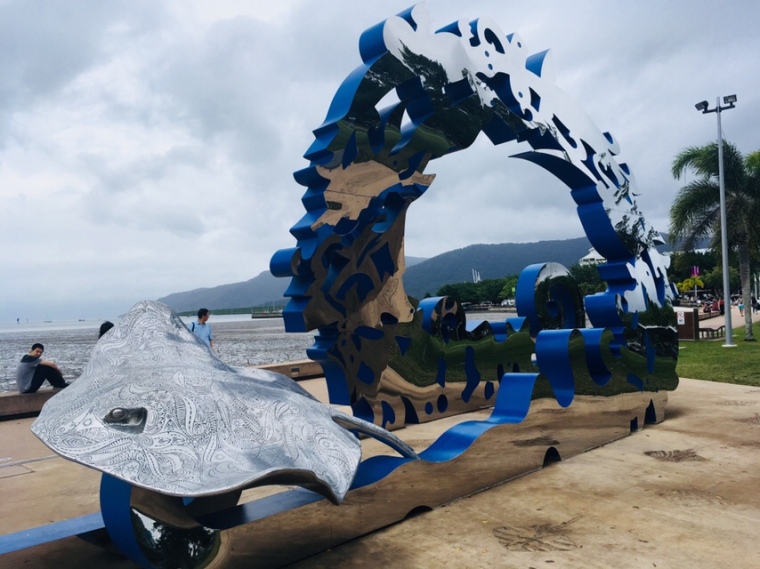 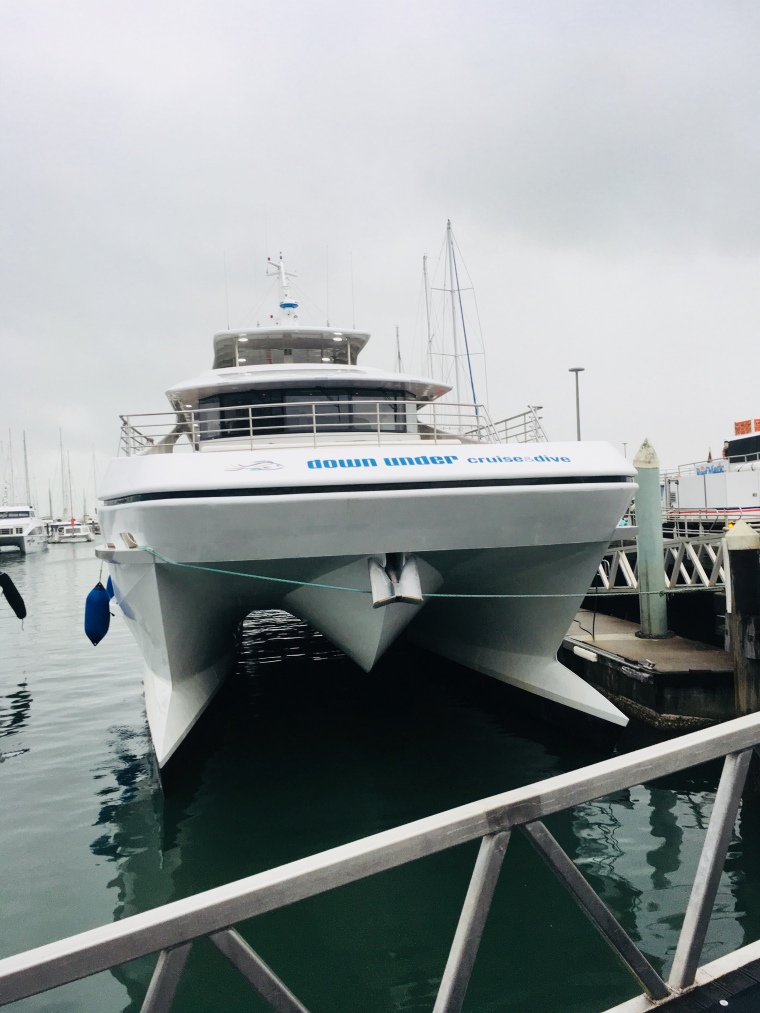 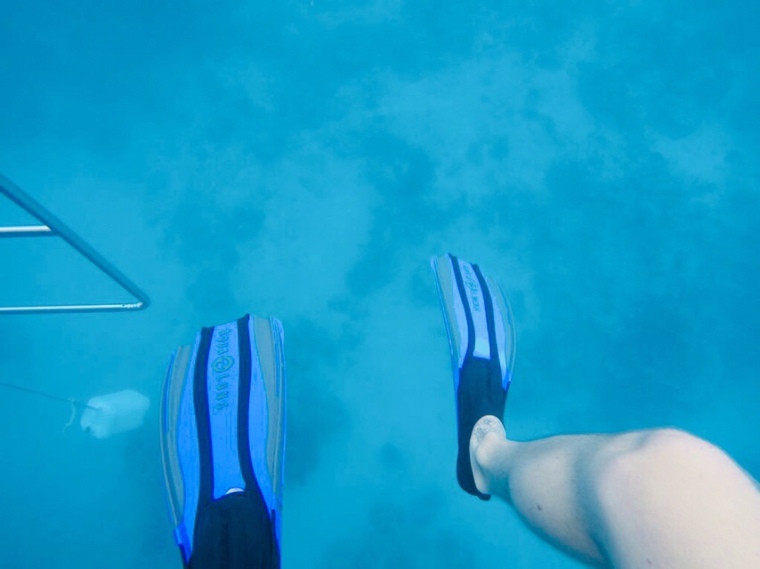 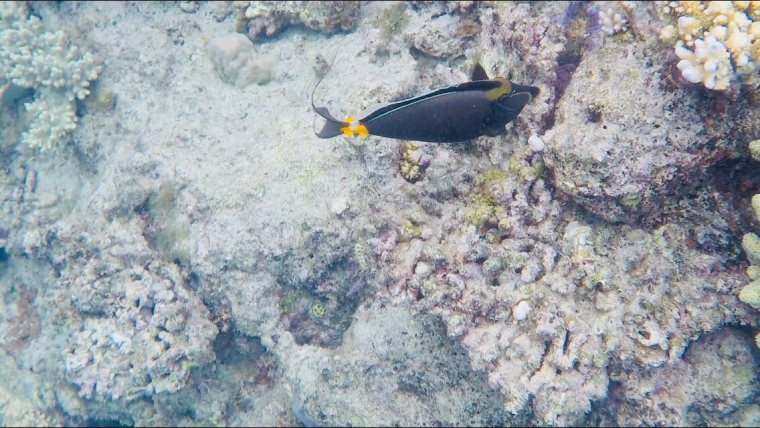 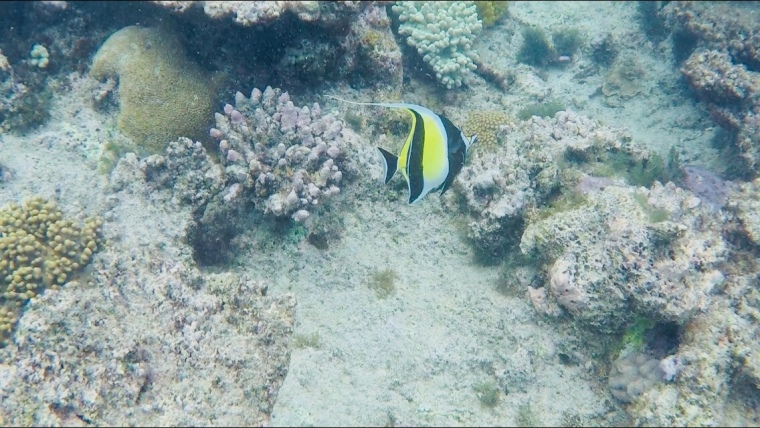 And just like that our travels from Sydney up the East Coast were over – we jumped on a plane and headed to our next stop – Darwin!