After what felt like the longest bus journey EVER we finally arrived in Alice Springs ready to do our tour to Uluru (Ayers Rock).

We got picked up super early from our accommodation and made our way to our first stop; Kings Canyon.

We stopped to refuel at Erldunda and saw Emu’s and I even saw a wild camel while looking out the window on our journey!

We took a 3 hour hike round Kings Canyon. We walked through the domes of the Lost City, visited the North and South walls and survived the infamous heart attack hill which has an AED at the top just to give you an idea of how tiring it is!

We stopped at the Garden of Eden to have lunch before continuing through the canyon.

After a busy day of walking and pic snapping we stopped at Curtin Springs to set up our bush camp. We helped collect firewood ready for camp and a Korean couple named Kim and Mimo took over setting up the fire. It was up in seconds!

We laid our swags out, ate our camp oven cooked dinner and roasted marshmallows on the fire. 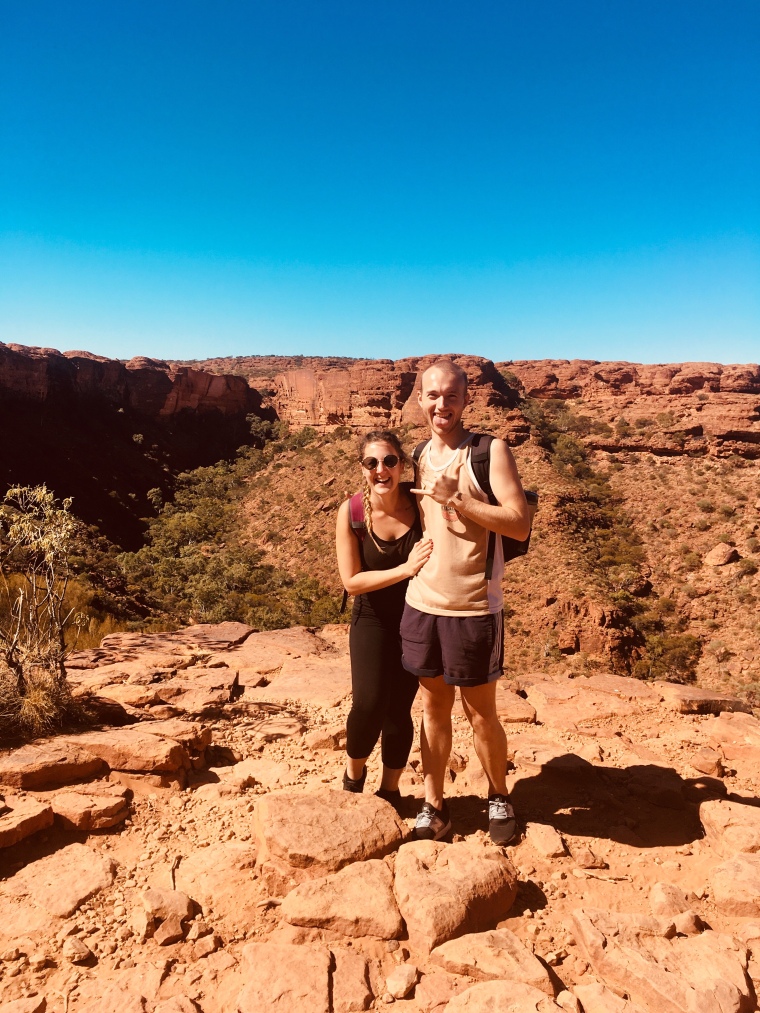 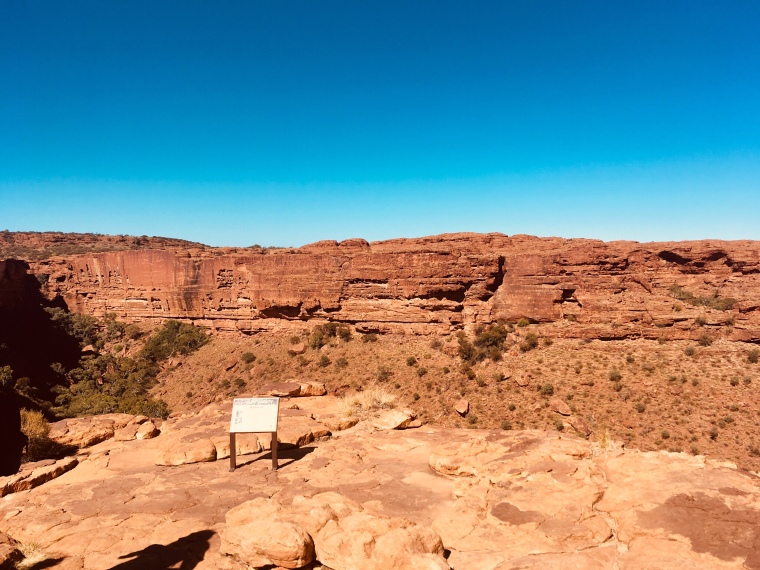 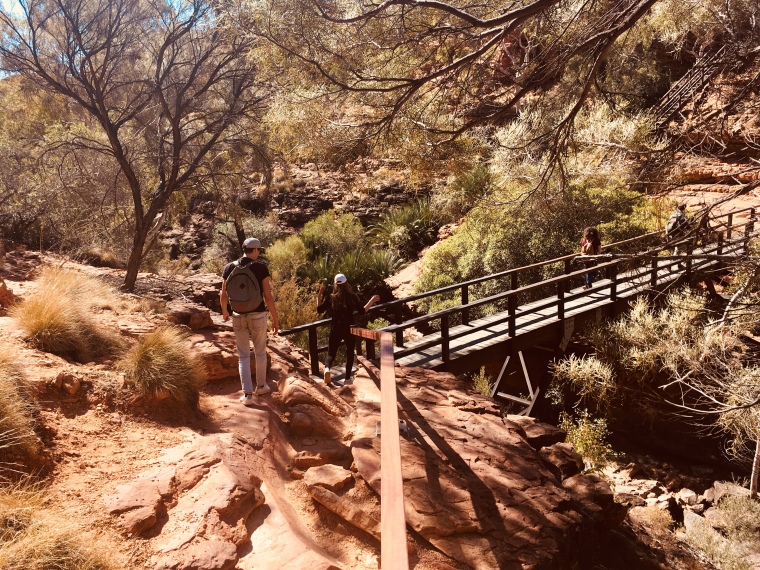 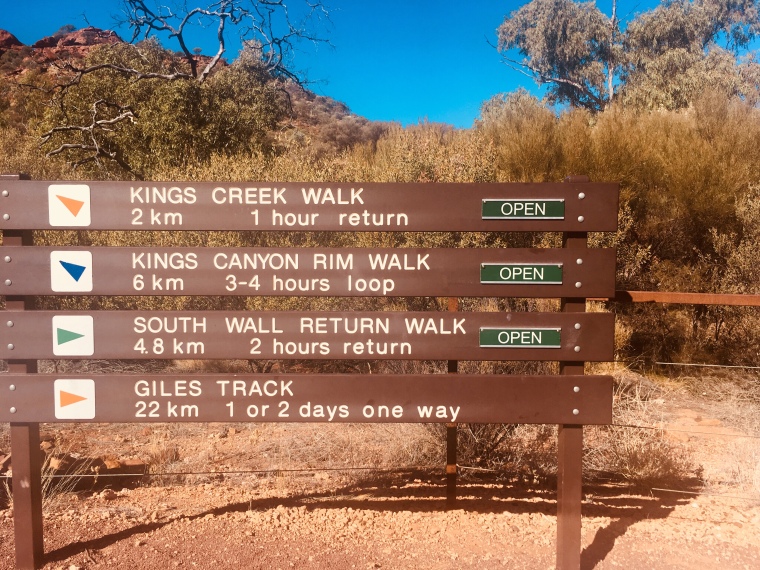 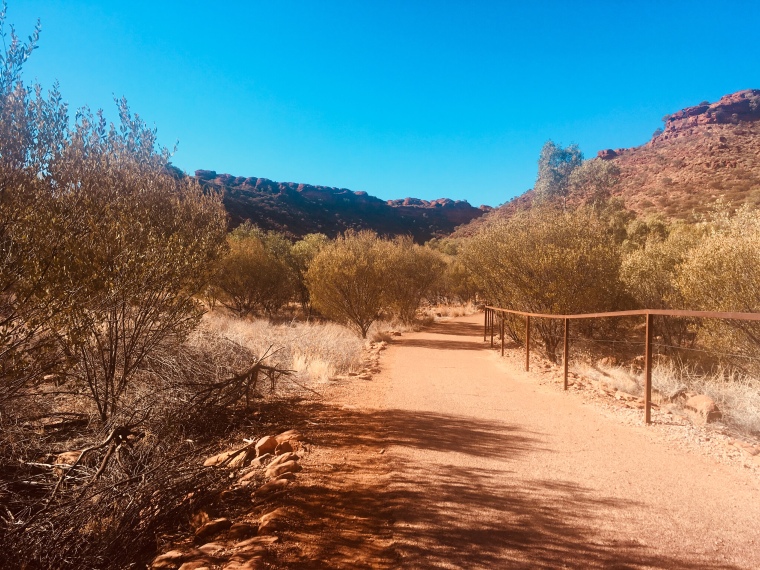 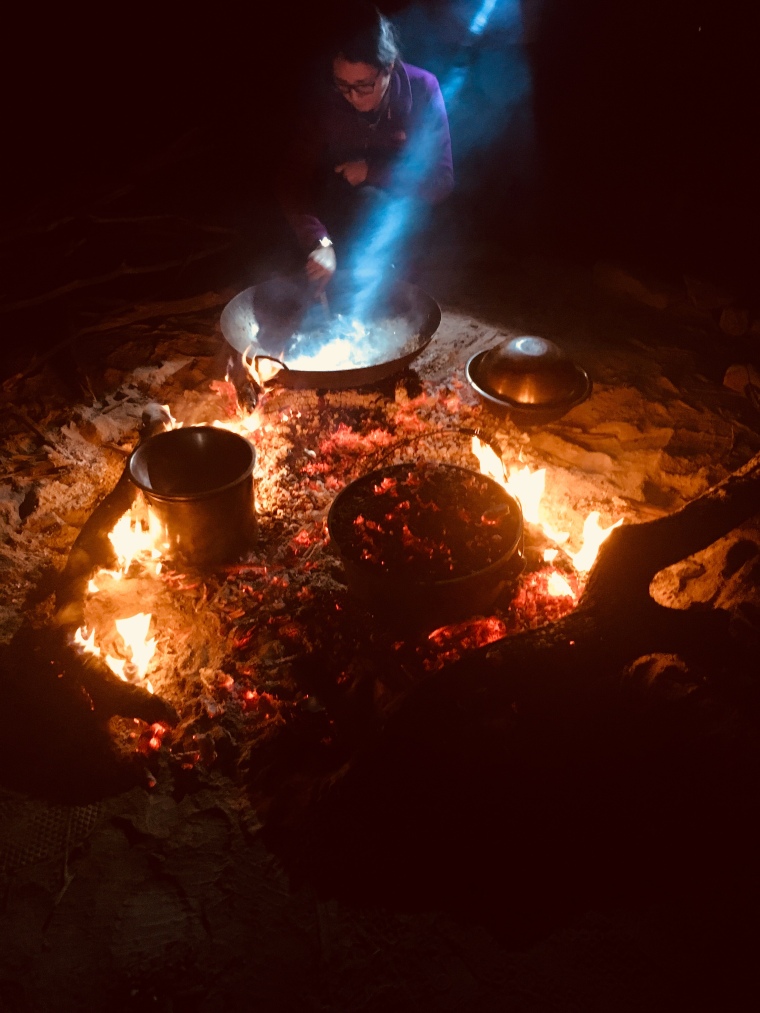 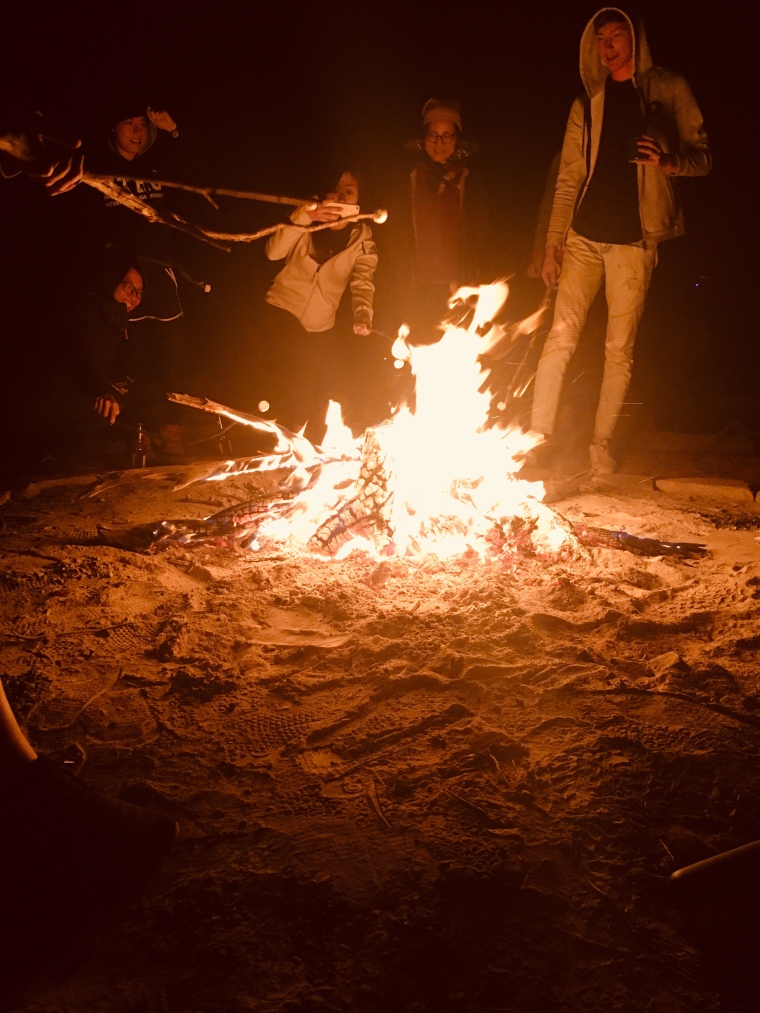 Our first day was great, our first night? Not so much!

We stayed in swags, which are basically giant sacks with a hood; or ‘monster flap’ as our guide Ben called it.

We were bloody FREEZING!!

You had the option to hire a sleeping bag, which Ryan and I didn’t do due to the fact we had our own ..this was the error. Our sleeping bags were for 10 degrees and the ones you hire are for – 5 degrees ..do you see our problem here?

And layers, take lots and lots of layers!

We were so cold during the night, I don’t think I actually slept at all and Ryan and I both said we couldn’t feel our legs because they kept going numb!

(The second night was even colder so we actually stayed in the bus because that’s the kind of princess I am!)

On our second day we woke up early, had breakfast and popped to Yulara campground for a quick shower before starting our day.

After visiting the culture centre we then went to Uluru to do the Mala Walk. (Part of the base walk).

When we arrived at Uluru we were shown where you could climb the rock. You could see a chain pinned to the rock and white lines either side of it where previous climbers feet have worn away at the rock.

The climb was in fact closed when we visited; I wouldn’t have wanted to climb it anyway due to it being so sacred for the aboriginal people. But some of the group were wanting to do it but couldn’t; Ben said only 5 days earlier there was another death and that’s why it’s been closed again!

After completing the Mala Walk we drove to a viewing area to have dinner and watch the sunset over Uluru.

Then we headed back to our campsite in Yulara to get the fire going again.

Some of us headed up to the lookout near our campsite which was perfect for taking a look at the beautiful starry sky. I’m not sure if it’s due to the fact we were in the middle of nowhere with little-to-no pollution but they sky was so clear and the stars so bright!

The next morning we woke up early to catch the sunrise over Ayers Rock, we had our breakfast while watching too – bliss!

After the walk we dropped a couple of people from our tour off at the Ulara airport then made our journey back to Alice Springs.

On the journey to Alice Springs we stopped a couple of times; once to take a look at a view of the outskirts of Lake Amadeus, another time to see some camels and the last one to get a picture near the Alice Springs sign.

Once back in Alice Springs we checked into our hostel, had a much needed shower and got ourselves ready to go for a goodbye meal and drinks with the rest of the tour. And Ryan ordered a Kangaroo steak!! 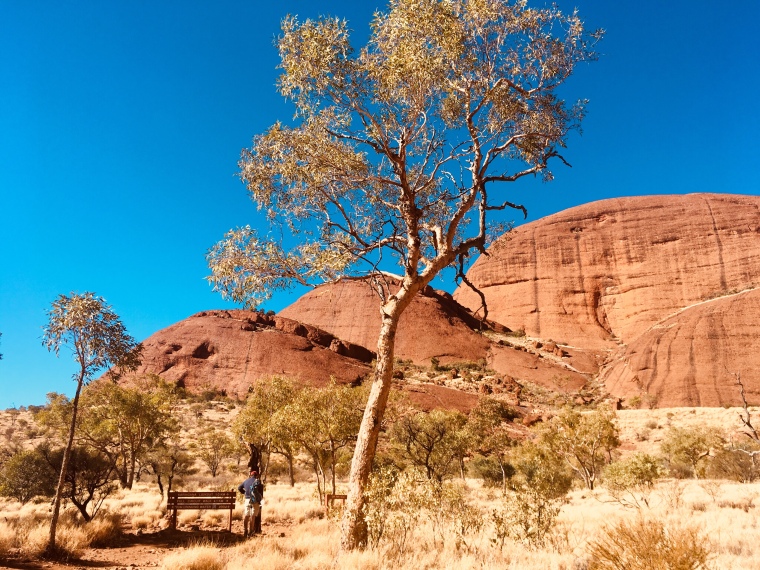 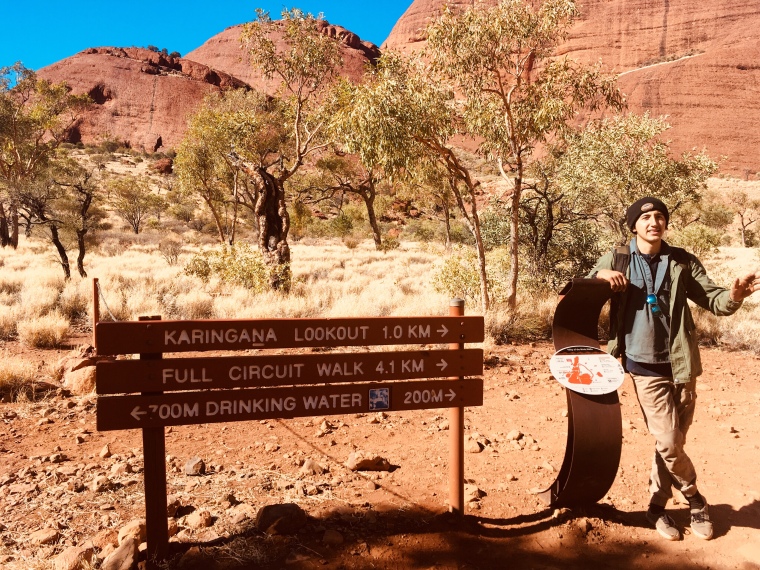 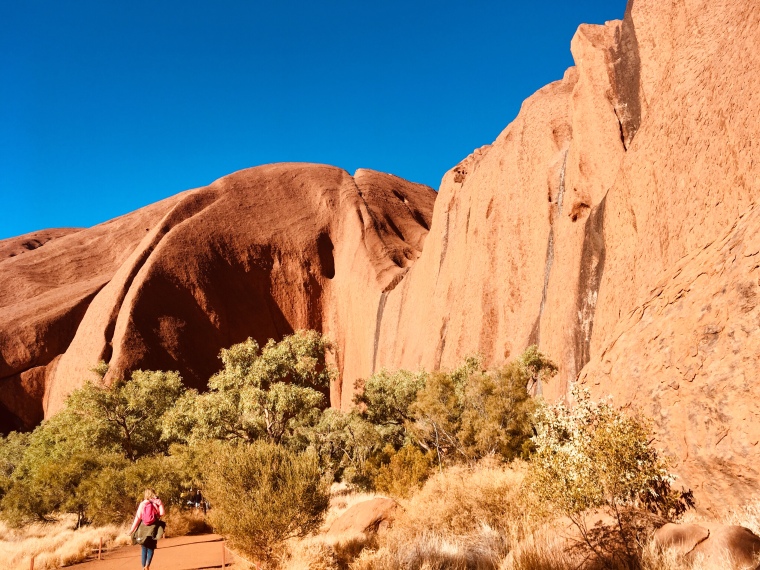 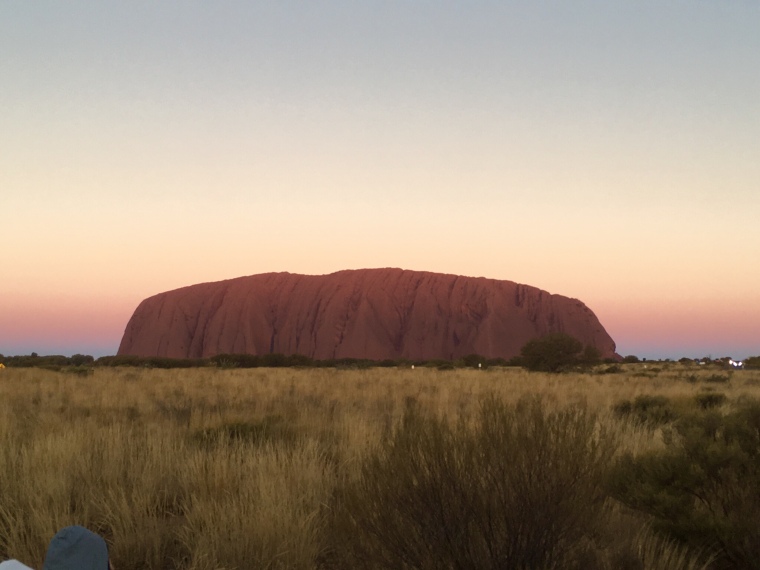 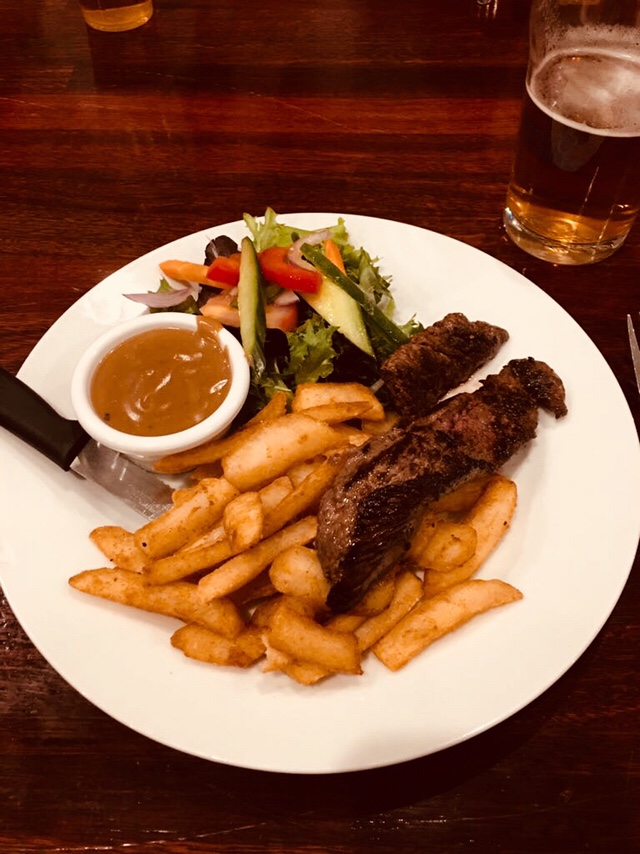 After a good nights sleep in a nice warm bed we then left Alice Springs to get another bus to our next stop!

One thought on “My Travel Diary: Alice Springs”