So we made it, after many months travelling the beauty that is Australia we are at our next destination and the most beautiful of all – Fiji!

I mean, how could we not visit Fiji whilst over this part of the world?!

I know it’s not fair to have favourites, we’ve visited so many places so far; all unique and beautiful in their own ways but I’m sorry, Fiji is just on another level!

There’s not that much to do on the mainland (in my opinion) – island hopping is where the real beauty lies!

We arrived in Nadi, checked into a little hotel and spent the day relaxing before starting our island hopping trip the next day.

Everything for Fiji was preplanned; we knew what we wanted to do and when so booked in everything and only had to worry about the spending money.

We got picked up on the morning of our island hopping trip and caught the Yasawa Flyer from Port Denarau to our first stop – Beachcomber Island.

Beachcomber was tiny; you could walk around the whole island within 5 minutes!

Our first day was jam packed. We spent some time soaking up the sun before one of the staff took us turtle viewing; they had 3 turtles that they were looking after before releasing back into the ocean. They said that turtles are endangered in Fiji and many of them die when they are young – so they look after the turtles until they are bigger and can survive on their own.

Next we took a small boat out to go snorkelling and to feed the fish. There were so many fish around, most bright blue but the odd pink one amongst them – there were loads anyway but as soon as we started feeding them even more came! It was a great little snorkel spot! And the boat had a glass bottom so you could see the fish and coral beneath the boat too!

After snorkelling we got bitten alive playing crazy golf; it’s crazy how teeny Beachcomber Island was, yet how much there was to do! Those of you who know me personally know I’m not competitive in the slightest so playing crazy golf with me is like playing by yourself because you’ve already won before the games started – even the Fijians were laughing at how awful I was!

In the evening there was a karaoke competition – Ry and I stayed well away from the mic for the sake of everyone else’s ear drums! If only the group of youngsters who sang a High School Musical song did the same – let’s just say I don’t think they should apply for The X Factor any time soon. (A little mean but true!)

The next day we had our SeaSpray day tour.

We got picked up, jumped on our SeaSpray boat and were greeted with champagne on arrival – thank you very much!

We had a crew of Fijians sailing the boat, playing music for us on their guitars and ukuleles and they also cooked us a delicious bbq style lunch. We had unlimited wine, beer and soft drinks on the tour too!

Our first stop ashore was to visit the Monuriki Island which is famous as the island that parts of Cast Away was filmed on. We took a look around at what was left from the filming and spent the rest of the time on the island sun bathing and snorkelling.

Next we sailed to another island to visit Yanuya Village. We met local Fijians from the village and took part in a Kava Ceremony. Kava is a drink that is made from plant extracts; the plant is grown in many Fijian villages and is how many earn income.

During the ceremony we were given the opportunity to try the kava – I opted against this as the drink resembles muddy water, apparently doesn’t taste great and makes your mouth and throat numb.. Ry on the other hand did try it – it’s also protocol to clap once before being given the bowl of kava by the ceremony leaders and clap 3 times once you’ve downed the muddy concoction – and thank the Fijians in their local language by saying: ‘Vinaka’.

We then took a short walk to a small boarding school on the island; we saw the dorms they slept in, their chore timetable on the wall and a long list of emergency procedures in case of fires, earthquakes, hurricanes etc!

After our tour around the village we jumped back on SeaSpray and made our way back to Beachcomber Island. We slept, checked out the next morning and hopped back on the Yasawa Flyer to make our way to Kuata Island. 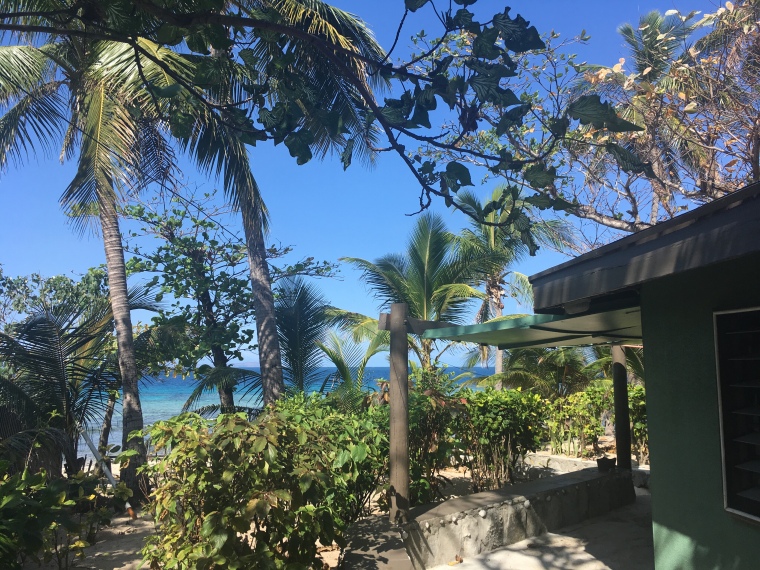 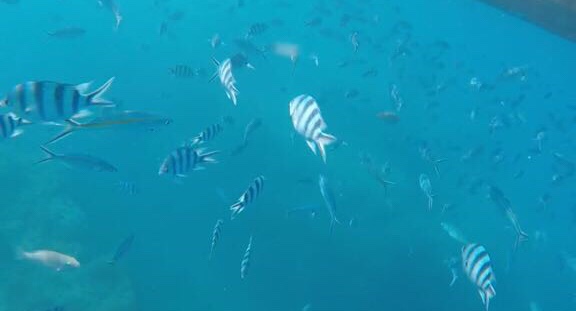 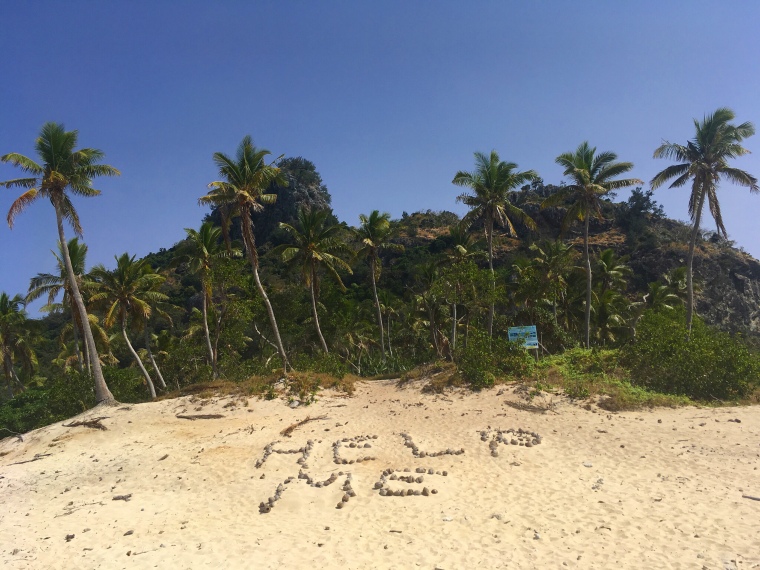 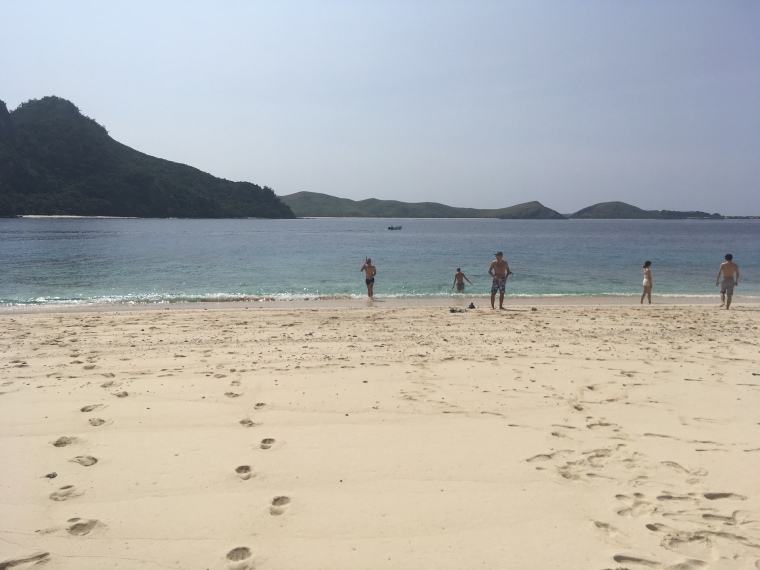 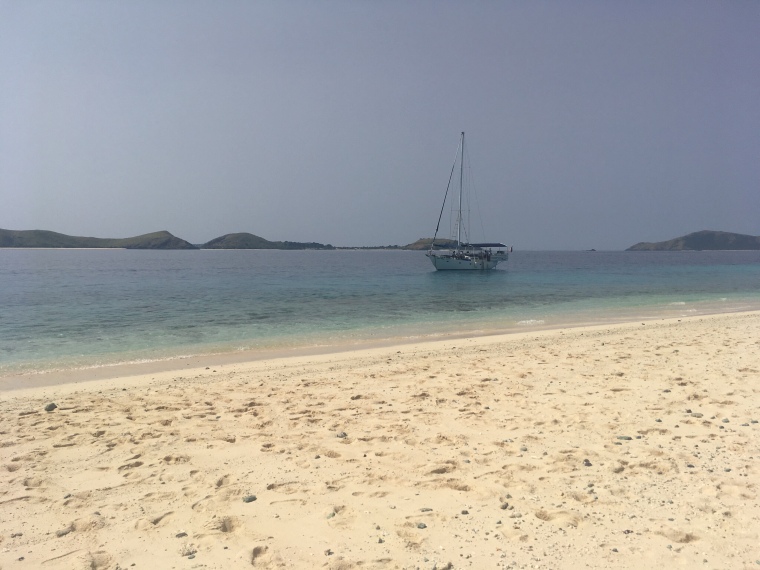 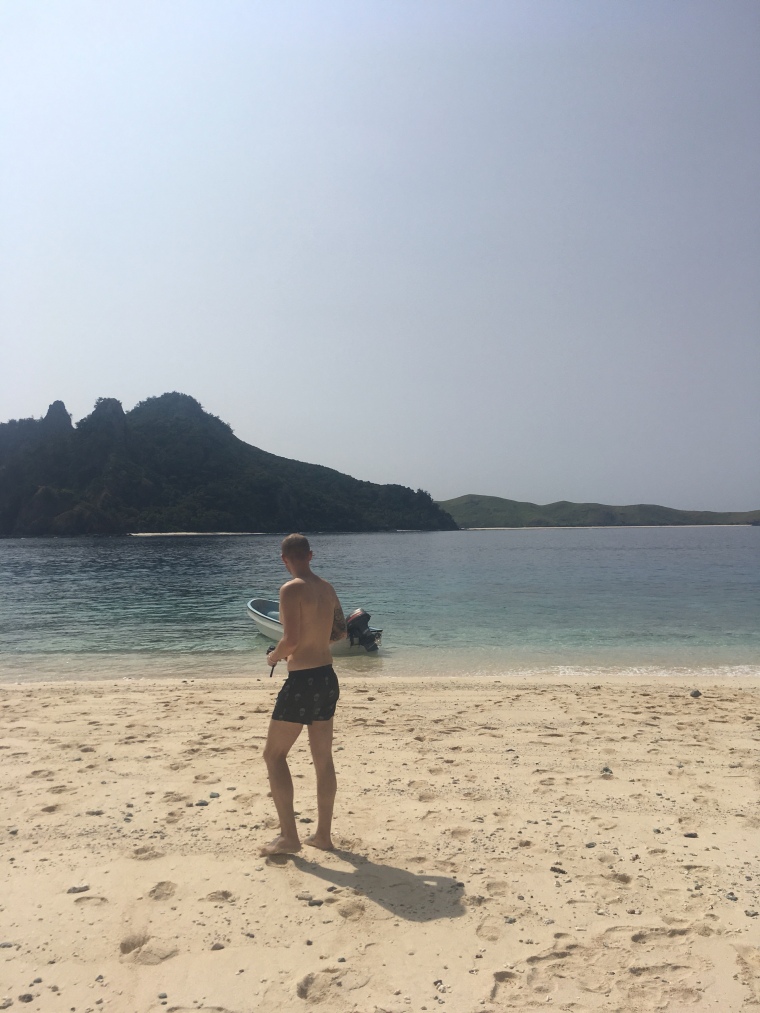 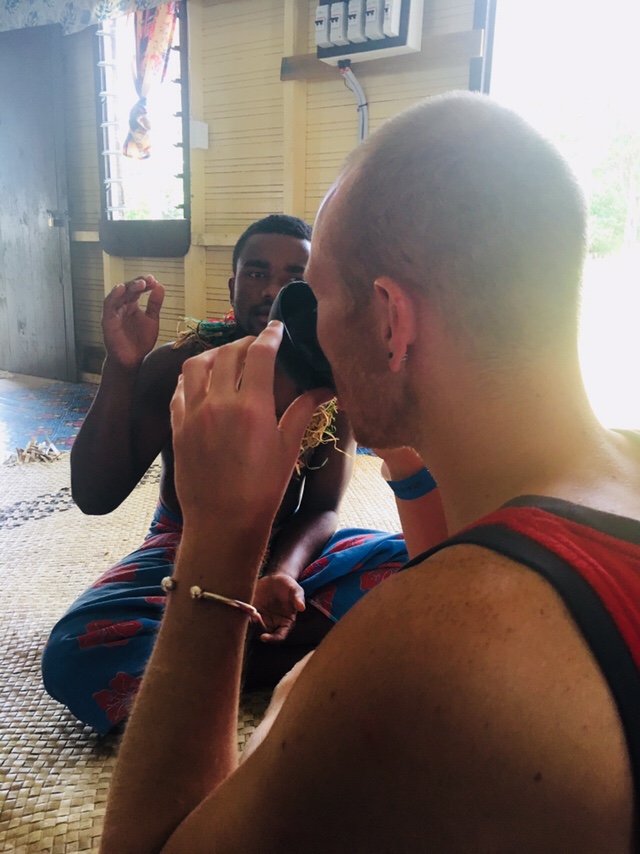 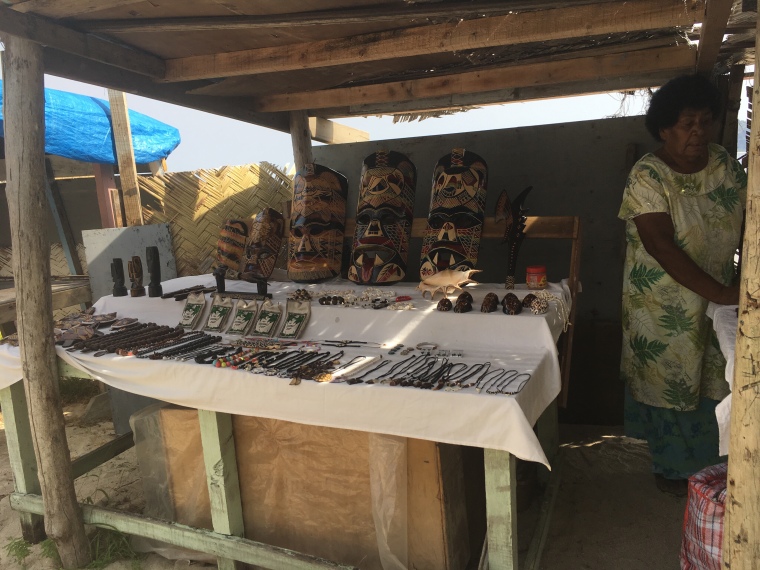 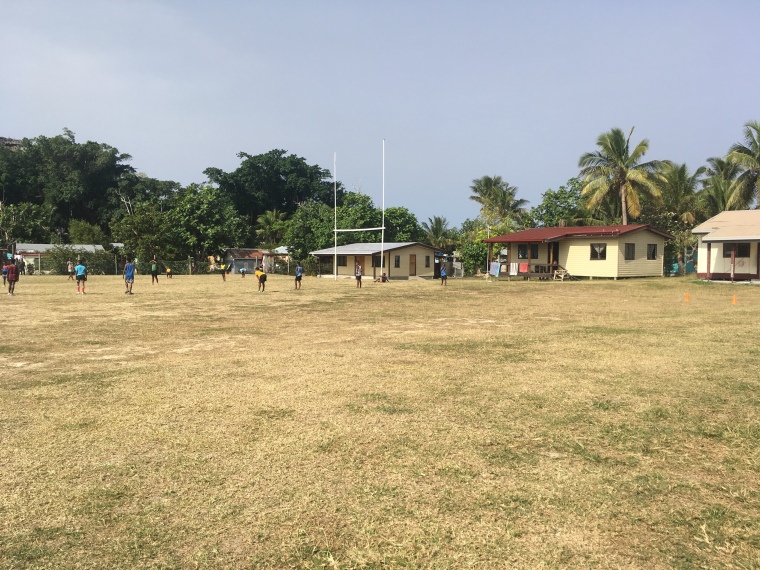 We jumped off the Yasawa Flyer and made it to Barefoot Kuata Resort. We were really excited to be staying on at this resort as one of the activities we had included in our trip was to go snorkelling with reef sharks and you could only do that activity from this resort!

Of course something had to go wrong..

Reception checked in the other guests and asked us to wait to one side; they came over and apologised for the mix up saying that we were not meant to be on the island, that they contacted the tour operator ages ago to say they no longer had space for us as they had a school coming so were fully booked. Unfortunately that message was never passed onto us, or updated on our tickets. They said we were meant to go to Octopus Resort instead and that they would call them to see if they could send a boat to collect us.

As you can imagine we weren’t very happy to be missing out on the reef sharks! We asked the snorkel guide if there was anyway we could jump on the boat to go snorkelling before leaving the island; there wasn’t any space on the boat so it was a no unfortunately. *sad face*

The guy said he would speak to his manager and see if they could sort something out – we were taken to the bar and given a free drink to wait for the guy to come back or for our boat to the other island to arrive.

The guy came back and said he’d sorted it so we could jump on the boat in the afternoon when they take the introductory divers as they go to the same spot as the snorkelling. We could stay on the island, have complimentary lunch and then snorkel as we hoped and a boat from the other island would come and get us after – Can I get a Hell Yeah?!

We saw sooooo many reef sharks and it was really nice as it was just me and Ryan snorkelling so we didn’t have to fight with a massive group of other snorkelers to see them!

Once back at Barefoot Kuata we waited for our transfer boat to arrive to take us to Octopus Resort on Waya Island.

Our boat arrived and zoomed us across to the correct island.

Finally on the correct island all we wanted to do was check in and relax – but, oh no, that would be far too easy wouldn’t it?

They asked if we would mind staying separately for one night and then move us together after that -usually I’d just shrug it off and agree but because we’d been messed around with not going to the right island in the first place my patience was wearing thin and I refused to sleep separately considering we’d booked our stay bloody months ago! So they put us in a private bungalow for a night and said we’d need to check out the next day and go into our dorm when the others leave (slightly annoyed they didn’t just offer us the private room for both nights for the hassle we’d gone through but a free upgrade to private bungalow is not to be moaned about!)

Other than the mishap with check in, everything else about our stay at Octopus Resort was great! We LOVED it and would definitely go back there!

The food was delicious; buffet style the first night and a 4 course meal the second night, including a sorbet to cleanse the palette between meals – how very posh!

We spent our full day on the island relaxing in the sun and in the evening the resort played Jimanji near the pool; outdoor cinema style! The resort staff even popped round and handed out free popcorn and ice-cream as we watched! How cute! 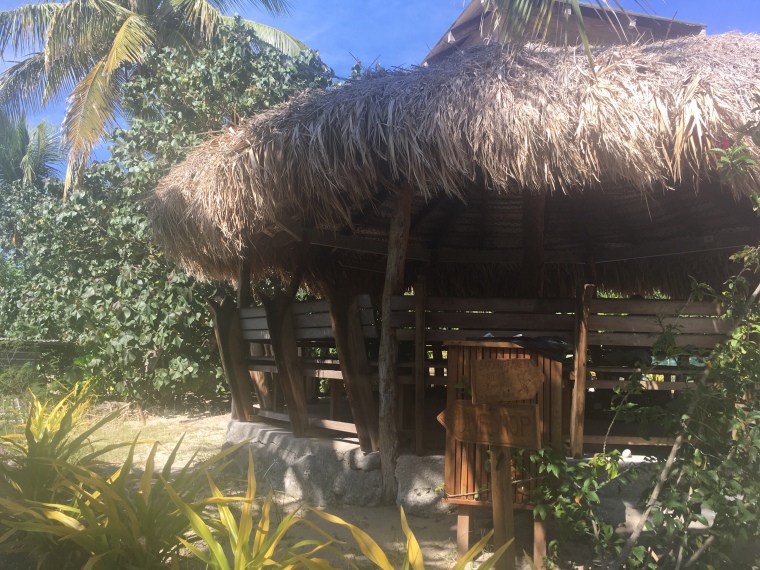 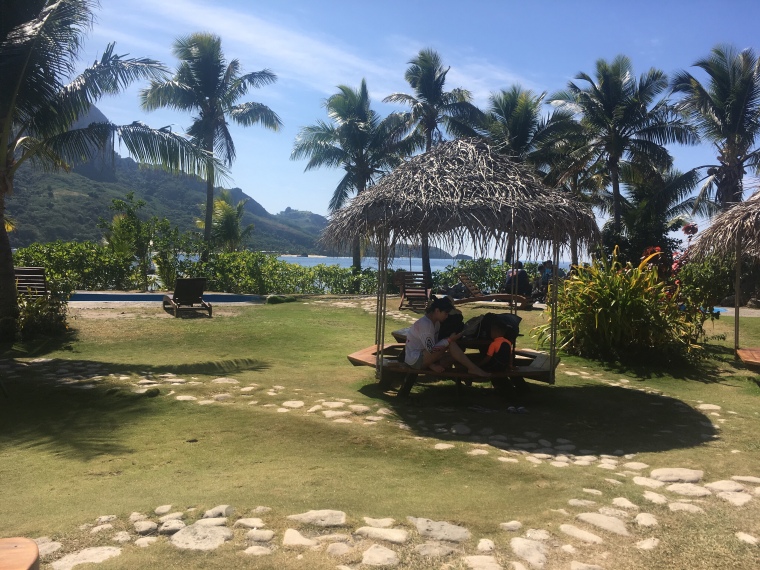 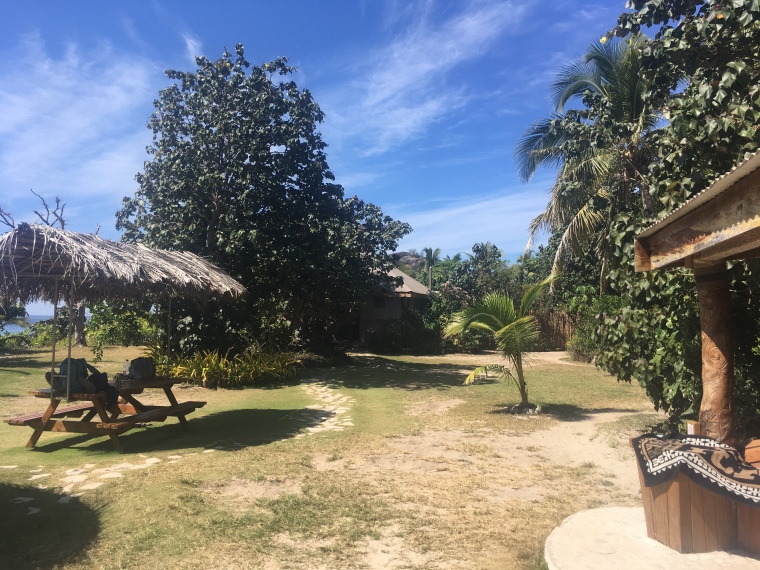 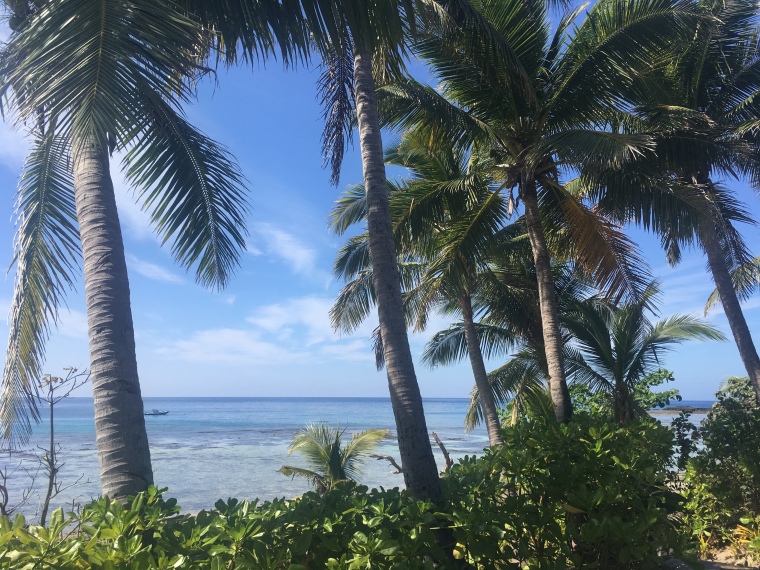 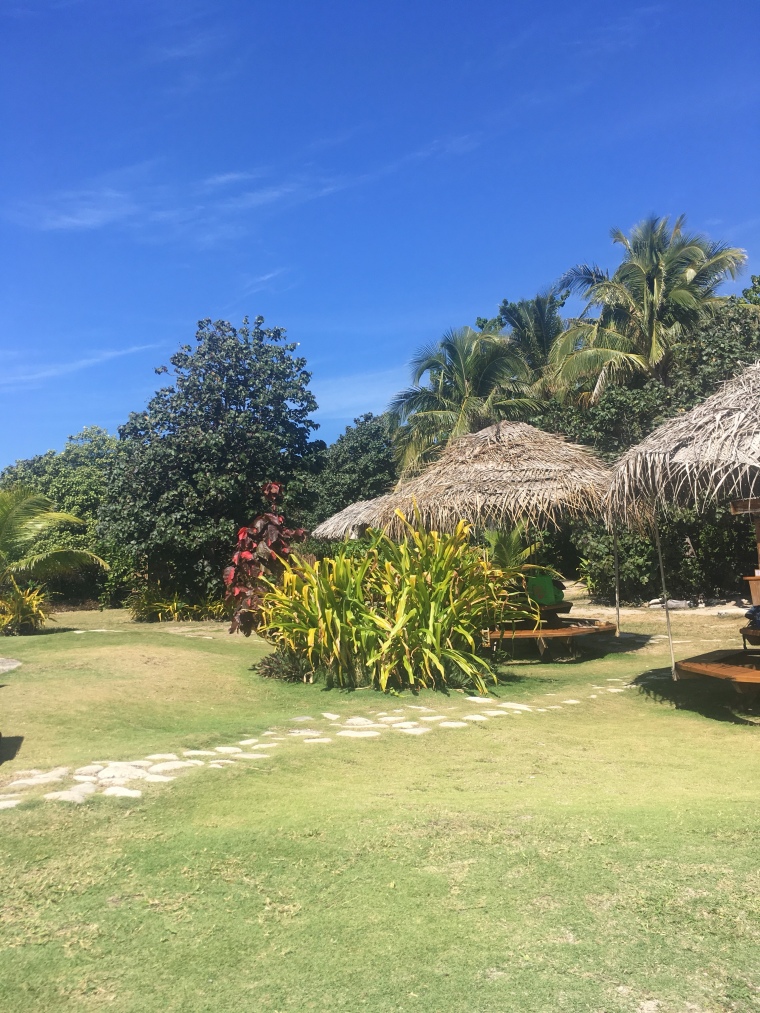 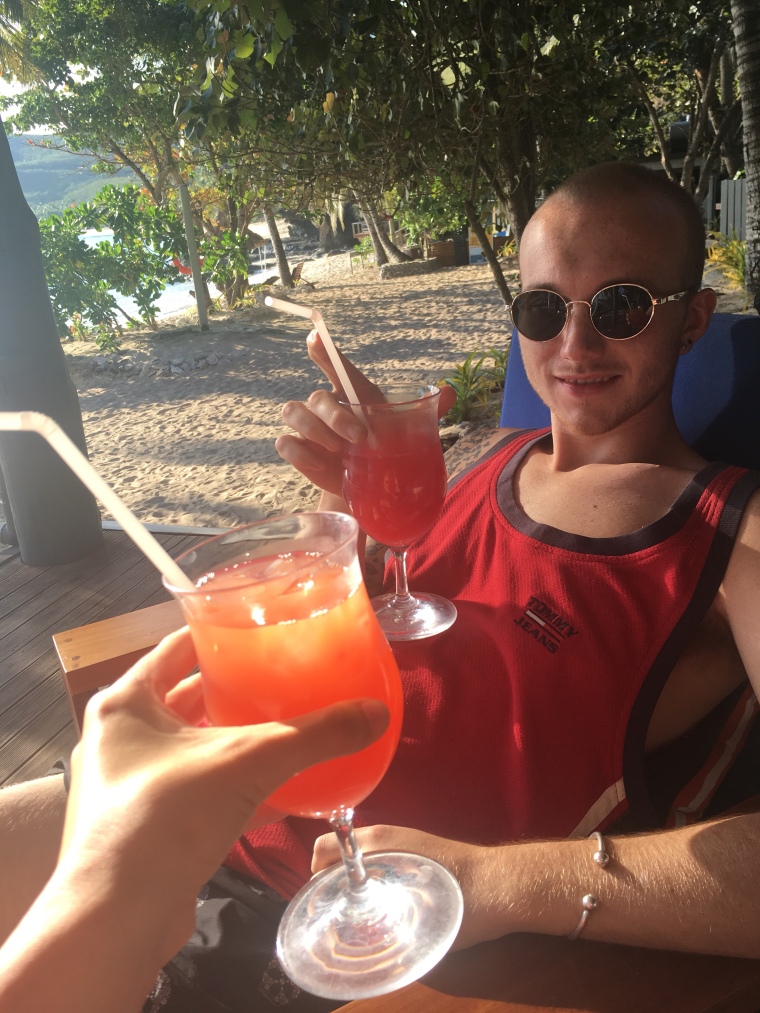 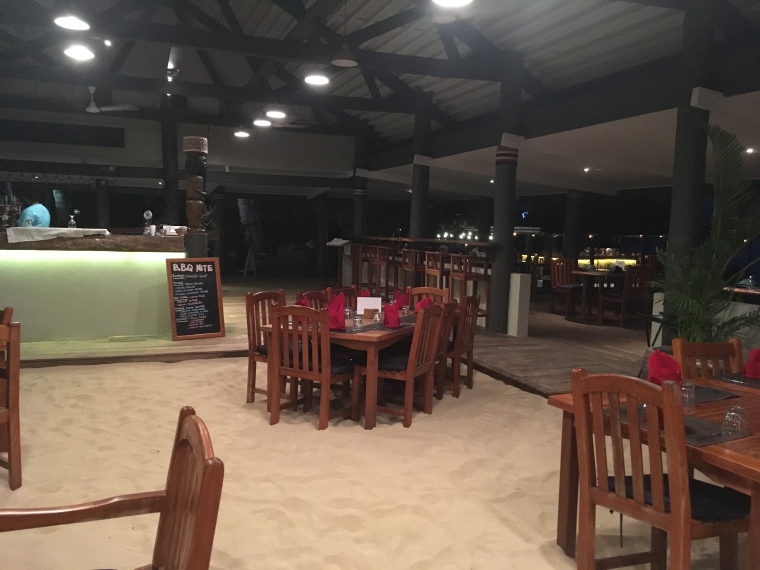 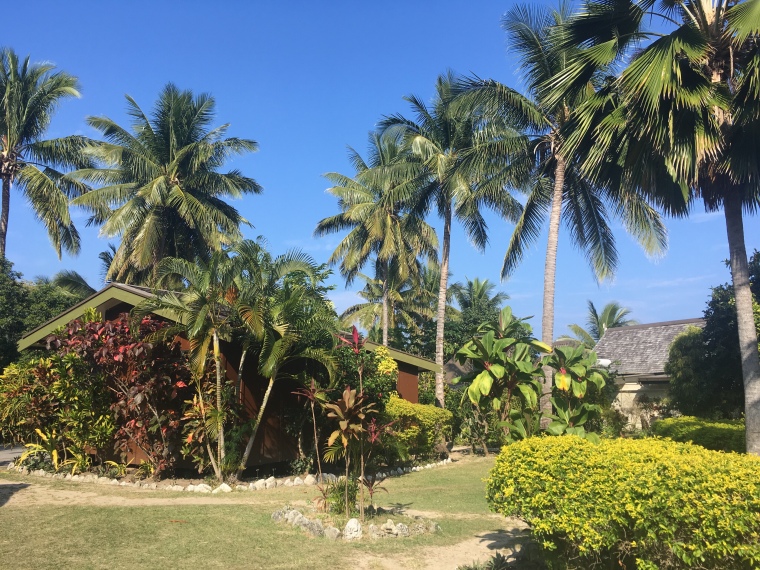 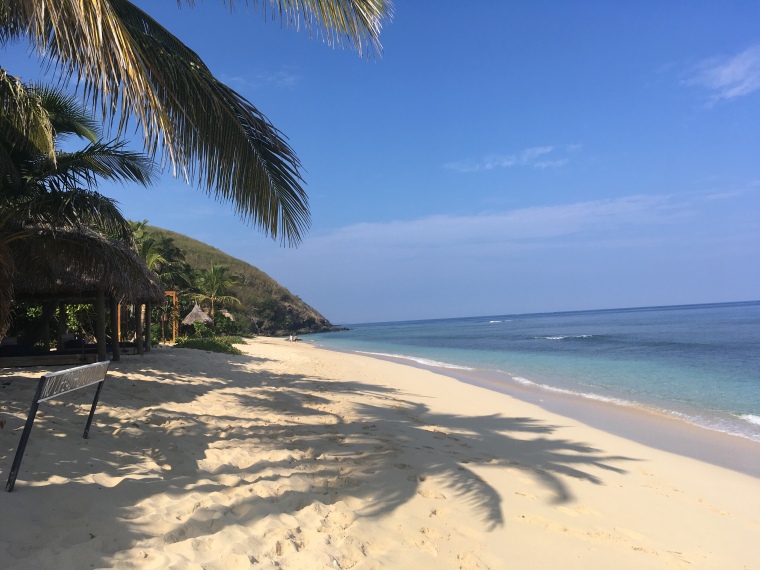 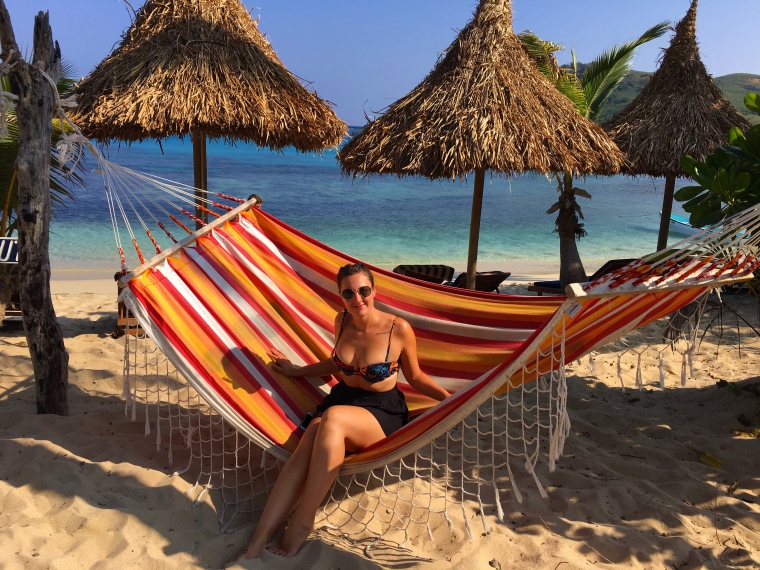 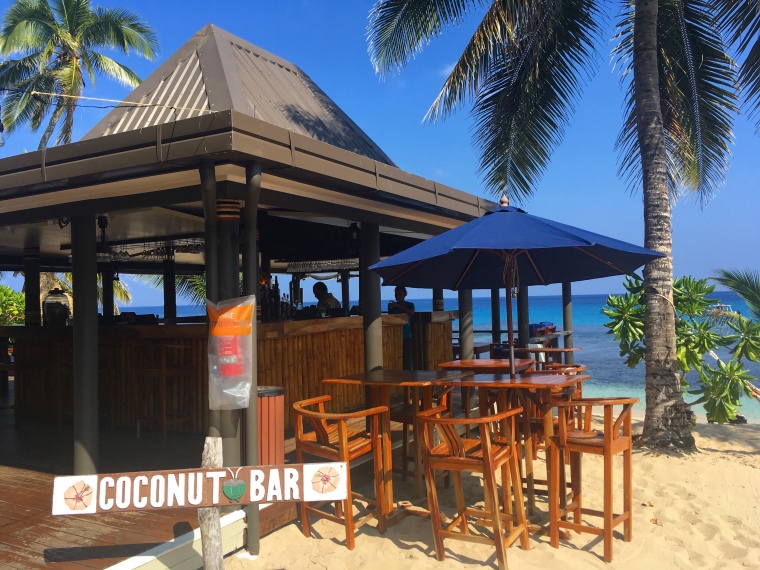 The next day we jumped back on the Yasawa Flyer to go to our next island!